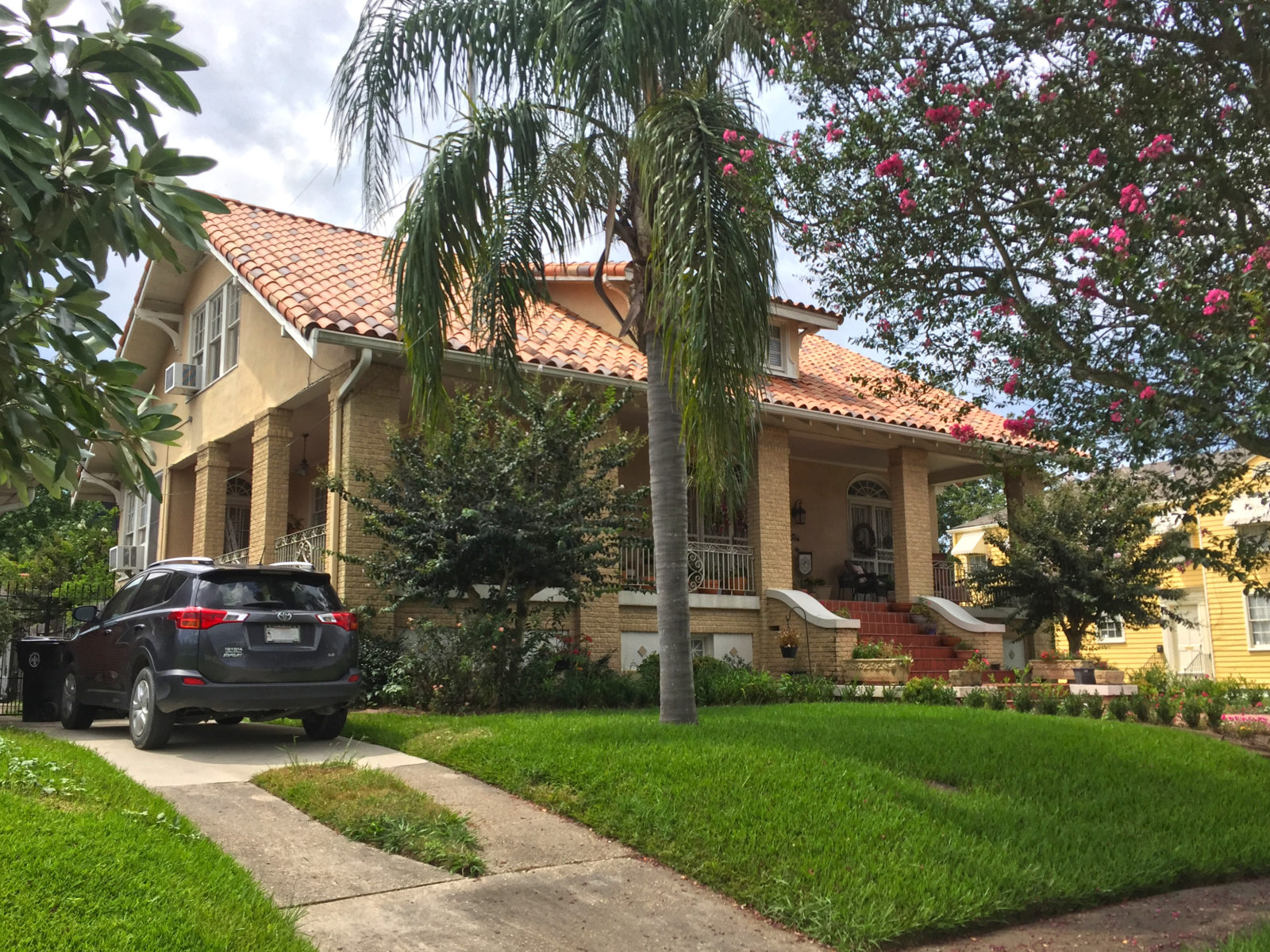 The founding of Gentilly Terrace as a European settlement happened soon after the establishment of the Vieux Carré, or French Quarter, in 1718. French colonists Mathurin and Pierre Dreux selected the natural levee along Bayou Sauvage as the site of their plantation in 1727, which they named “Gentilly” after the commune from which they came. Gentilly was essentially rural, with a small village located three miles from the Vieux Carré, through the 19th century.

Three developers took interest in the area at the beginning of the 20th century and advertised their new neighborhood as a place “where homes are built on hills” in 1909. “Hills” is an exaggeration, though Gentilly does sit on some of the highest land (four to five feet above sea level) in metro New Orleans and many of its lawns, do, in fact, sit atop manmade hills. Today, the neighborhood contains the largest collection of California Craftsman-style bungalows (built around 1910-1926) in the state, as well as English cottages and Spanish and Mediterranean Revival raised houses from the period of 1910-1940. Twenty-foot setbacks on all lots and the presence of venerable oaks on major boulevards create a park-like setting.

Gentilly Terrace has one of the largest collections of craftsman bungalows, English cottages and Spanish and Mediterranean Revival homes in the city.

The establishment of Dillard University in 1930 and improvements in drainage technology further spurred development, and as early as 1900, streetcar lines that connected the neighborhood with downtown made transportation easy. Residents have long taken pride and initiative in this neighborhood; the Gentilly Terrace and Gardens Improvement Association was founded in 1935. Gentilly Terrace was established as a National Register Historic District in 1999.

This neighborhood was one of the hardest hit in the whole city after Hurricane Katrina, with the levee failures sending over seven feet of water into the area. For those residents who did move back and rebuild, the process took years; many did not return. Many of Gentilly Terrace’s original cottages were unsalvageable, having been ruined by mold and rot. However, those dedicated residents with the means to come back have rebuilt the area, thanks in large part to the dedicated neighborhood association, which has organized efforts to keep citizens informed and help beautify the area once more with efforts such as planting trees. Residents also felt confident settling anew in their neighborhood after the US Corps of Engineers made substantial and lasting improvements to the levee system nearby. Today, Gentilly Terrace has reclaimed its laid-back, almost country feel. Convenient to the Lakefront and the University of New Orleans as well as downtown, it’s attractive to both young families and older people.