The Mid-Century Modern buildings on Tulane University’s Uptown campus have been disappearing. Within the last several decades almost half of these structures have been demolished. These include Zemurray Hall (completed 1949); Johnston House (1955); New Doris Hall (1958); Rosen House (1959); and most recently Bruff Commons (1963).

Paterson House is a gem, a delicate, three-story, L-shaped, brick structure with public space embracing a quiet courtyard. In style, it is a hybrid; the Modernist facade treatment is balanced with a traditional pitched roof. The building was designed in 1950 by the office of Richard Koch. It opened in 1951 as a men’s dormitory and underwent a major restoration in 1996 by Koch and Wilson Architects. Now coed, the dorm retains a high level of popularity among students. Innovatively, most of the rooms are accessed from exterior walkways, similar to the service wings on historic New Orleans houses. It may be surprising to learn that this building is a Koch and Wilson design because the firm is so strongly associated with historic structures.

Koch had a rich history with Tulane. In 1910, he was the first graduate to receive a Bachelor of Architecture degree, although the university had been offering instruction in architecture as early as 1884. Koch attained national prominence in the 1930s for his efforts founding the Louisiana division of the Historic American Buildings Survey. He ultimately oversaw HABS work throughout the Gulf South, and the HABS continues in importance to this day in documenting historic structures.

Koch also was instrumental in shepherding Tulane’s architecture program through rough times. In 1946, the program lost its national accreditation because of a lack of students, faculty and facilities. As recounted in Talk About Architecture: A Century of Architectural Education at Tulane, Buford Pickens discusses the support he received when he came to Tulane to revitalize the program. “It was really five people who brought me here: Richard Koch, Moise Goldstein, Doug Freret, Mortimer Favrot and Arthur Feitel.” They had been appointed by Tulane President Rufus Harris as an advisory committee. 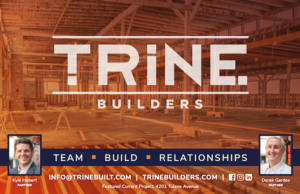 Pickens recalled how the architects entertained members of the National Architectural Accrediting Board at their next visit. “We met, I think, over at Richard Koch’s (Garden District) house before dinner, and Dick served us martinis in tumblers. And that impressed me, and it also impressed the accrediting board. We were all served these enormous martinis. We all downed them because no one wanted to look like a piker, you see, drinking these martinis out of a tumbler!”

Accreditation was restored the next year; Pickens was a highly capable administrator with a background as an architectural historian. He was interested in the idea of regionalism, a concept put forward based on his appreciation for the writings of Lewis Mumford, particularly Mumford’s book, The South in Architecture (1941). “It was my bible for many years while I was down here,” Pickens said.

In Talk about Architecture, Buster Curtis described the era: “I admired (Pickens) very much; and also, he was a great influence on me, on us, Arthur (Davis) and me, in that he had a philosophy that we adopted, and I follow to this day. That was what he called regionalism. That’s what I call it, to design things that belong where they were built, using indigenous materials and the forms that would combat the climate and take advantage of the good parts of it because, you see, in those days we didn’t have air conditioning. We had to design with the same philosophy that someone would have designing a plantation house.”

This concept was fully brought to bear in the design for Phelps and Irby houses. After the completion of Paterson House, Pickens and Tulane School of Architecture faculty members John Lawrence, George Saunders and John Rock conceived a scheme for a new kind of dormitory. The proposal recognized the viability of outdoor circulation in the usually mild New Orleans climate. They proposed a four-story building that included some mixed use on the ground floor. Exterior stairs and outdoor walkways provided access to each room. Four rooms would connect to a service core in the middle of the building. Each room had a ceiling fan and operable windows. There was no air conditioning and no interior stairs or corridors.

Most importantly, the walkways that surrounded the building were designed to be generous, so that students could use them as outdoor rooms just as New Orleanians had used their front porches for generations. These galleries were suspended with steel from the flat roof to accentuate their lightness.

A building like this was radical for an American university, and of course, it would only be possible in a warm climate. When taking prospective students on campus tours, student guides called them “Steamboat Dorms,” because the wrap-around galleries had an appearance that recalled the decks of the historic rivercraft.

2: The 1954 Phelps and Irby Houses were preliminarily designed by Buford L. Pickens, John W. Lawrence, George A Saunders and John Rock of the Tulane School of Architecture faculty; Freret and Wolf, Andry and Feitel, Ricciuti, Stoffle and Associates are the architects of record. Photo by John P. Klingman.

Architecturally, the buildings’ highpoints are the stairs in the center of the long facades. They are beautiful, free-standing concrete sculptural objects, connected to the buildings only with steel gratings that demonstrate their structural independence.

The Phelps/Irby twins came in well under budget, a welcome side effect of the design concept. In fact, with the savings, Tulane was later able to build another pair of dorms with a similar organization. However, those dorms, the Doris and Johnston Houses, suffered from an early form of “value engineering.” The exterior gallery width was substantially reduced so they became walkways rather than outdoor rooms. No one was sad to see these buildings demolished. Of course, they were replaced by larger dormitories.

The Lavin Bernick Center is an expansion and renovation of Curtis and Davis’ University Center (1959) by Vincent James Associates with Wayne Troyer Architects (2006). Widely regarded as a successful project, this highly visible major renovation retained the spirit and transparency of the original building. By renovating, the university saved $2 million compared to all new construction.

There was a previous preservation struggle on the Uptown campus regarding the pre-modernist, 1940 Cunningham Observatory, in which the university abandoned an innovative adaptive reuse plan. It involved moving the little building a few hundred feet to a site facing Newcomb Place at Freret Street, between the Howard Tilton Library and Jones Hall. The issue reached the New Orleans City Council, which approved the Observatory’s demolition.

Paterson, Phelps and Irby will be demolished to make room for larger residence halls. It follows a trend at many American universities to increase the number of students living on campus.

For universities in small towns or suburbs, increasing the number of students living on campus makes sense. However, Tulane’s Uptown campus is a much different story. The campus is rather landlocked, with residential neighborhoods surrounding it. On the Uptown campus, there are few open sites for buildings, and a number of these are being taken up by the new residence halls or support structures.

Tulane could benefit from an alternative idea about housing, one that the University of Pennsylvania undertook in its adjacent West Philadelphia neighborhood. The “West Philadelphia Initiatives” was a decade-long strategy by the university, generating financial support for investment in the neighborhood. Similarly, Tulane could provide incentives for students, staff and faculty to live nearby.

College is a time of transition; for many young people, it is their first opportunity to live on their own. It would be wonderful for more students to spend a year or two living within the rich cultural mix that is New Orleans, something they would remember for a lifetime, while the university is furthering its commitment to the city. Fogelman Hall will replace Irby House on the former Bruff Quad next to McAlister Auditorium. According to a recent Tulane press release, “Fogelman Hall will be one of five new residential buildings in ‘The Village,’ the name for Tulane President Michael Fitts’ vision for reimagining the university’s residential spaces.” Fogelman Hall will house more than 300 residents, while Irby housed 220 students.

“Construction on Fogelman Hall will mark Phase 2 of The Village project, which also calls for replacing Phelps and Paterson halls,” the press release said. “Phase 2 will increase the total number of beds on the quad from 821 to 2,065 — a 150 percent gain.

“Phase 1 began in 2020 and includes two residence halls that will share a courtyard with Fogelman Hall and have a multipurpose theater, study lounges, television and digital media rooms and other features,” the press release said.

John P. Klingman, RA, is Professor Emeritus of Architecture at Tulane University. He served on the University Campus Planning Committees for many years and designed several pro bono projects on the Uptown campus. In March 2012, he was appointed to the Richard Koch Chair in Architecture.