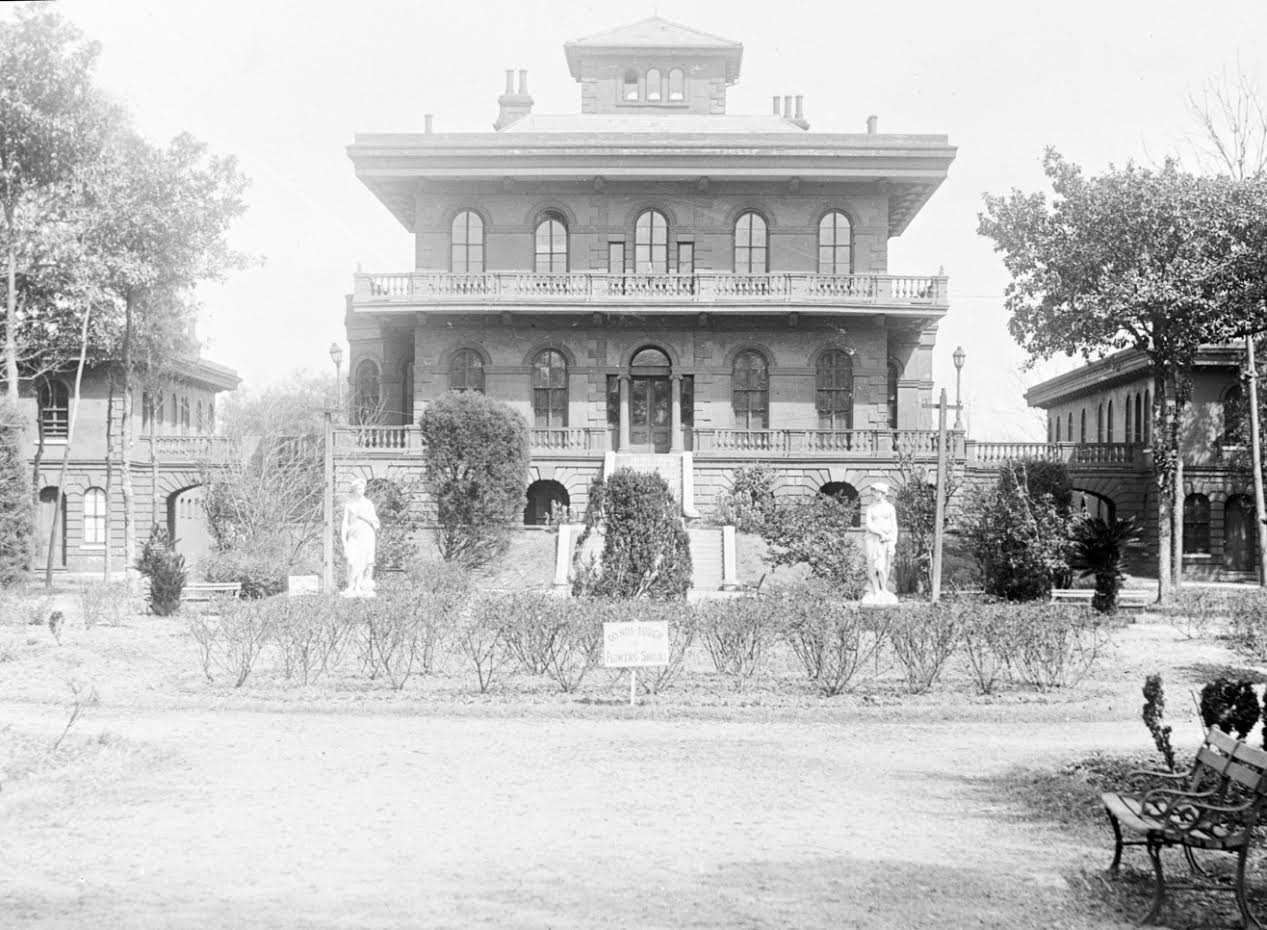 A stroll through New Orleans in the 1850s would have revealed a subtle but significant change in architecture. The austere Greek Revival style, which began to replace Creole aesthetics in the 1820s and flourished during the 1830s and 1840s, began to give way to a more ornate and luxurious look. Known as Italianate and later Victorian Italianate, this fashion would predominate in New Orleans for the remainder of the nineteenth century.

A number of factors brought forth the appeal of Italianate. One overarching driver was the rise of the Romanticism movement, itself a reaction to the lofty ideals of the Enlightenment and the expanding domains of science and industry. Romanticism responded by celebrating emotionality, passion, the specialness of the individual and the beauty of nature. Unlike Enlightenment thinkers, who found inspiration in Classical antiquity and thus took to Greek and Roman architecture, Romanticists fancied the glory of the Renaissance and the poignancy of medieval ruins, and embraced the panache of Italian buildings and gardens.

A second factor was an offshoot of Romanticism known as “Picturesque.” This movement developed as budding scholars from England and elsewhere, taking advantage of improved roads and passenger ship service, increasingly spent time in the Tuscany and Romagna regions of Italy as part of their academic grand tour. They often returned with paintings of lovely Italian landscapes, which people found to be enchanting.  Their properties came to be known as pittoresco in Italian (“like a painting”)—hence, “picturesque” in English.

Left: This 1850s townhouse by Lee Circle, seen here in the 1930s and now gone, had Italiante segmented arches above its aperatures and brackets under its eaves. Right: The Luling mansion, built in 1865, with Italianate and Picturesque styles, is seen here in the 1890s. Photographs courtesy of Library of Congress.

In her 1975 dissertation, architectural historian Joan G. Caldwell described the Picturesque aesthetic as bearing a certain “roughness, asymmetry, and irregularity” falling somewhere between the beautiful and the sublime. To English eyes, Picturesque exuded Italy’s glorious past, and gardeners started incorporating the look into parks, installing scenic stone bridges, lagoons and shrubbery to make them look like lovely paintings.

Artists did the same with their art, and architects with their designs. In 1802 architect John Nash, according to Caldwell, “produced the first true villa in the Italian style” in England, at an estate named Cronkhill near Shrewsbury. Nash’s design featured an asymmetrical rounded tower with an octagonal room and a loggia (arcade gallery) topped with a balustrade, all finished in white stucco, as if lifted from the outskirts of Rome. Nash would later design the hamlet of Blaise, near Bristol, based on Picturesque philosophies. To this day it looks like a painting.

(It was during this era, incidentally, that Highclere Castle of Downton Abby fame was radically renovated from its original Classical form into the Renaissance Revival behemoth it is today. Its architect, Charles Barry, specialized in Italianate and incorporated its motifs into the redesign, which he described as Anglo-Italian.)

American architects, ever aware of their European peers, made their own pilgrimages to both England and Italy and returned doubly inspired. Caldwell credits Philadelphia architect John Notman with introducing Italianate to the United States with his 1839 design for a villa named Riverside in Burlington, New Jersey. Two years later, the landscape designer Andrew Jackson Downing published his “Treatise on the Theory and Practice of Landscape Gardening,” which conflated house and garden designs and edified Americans on both Italianate and Picturesque philosophies.

Italianate arrived to America at the right time. This was the Age of Jackson, and the nation was changing. Americans were moving west; individualism became a creed; and the genteel aristocracy of the founding fathers increasingly ceded power to the so-called “Jacksonian Man,” that “hardworking ambitious person,” according to historian Richard Hofstadter, ”for whom enterprise was a kind of religion.” Whereas the old-guard aristocracy, seeing themselves as the inheritors of Classical enlightenment, favored the majestic Grecian order, the rising Jacksonian Man scoffed at such haughty allusions and embraced instead a sumptuous look for his hard-won, self-made wealth.

Everywhere he went, wrote Hofstadter, the Jacksonian Man “found conditions that encouraged him to extend himself.” Chief among such places was New Orleans, premier mercantilist emporium of Western commerce and largest city in the South. Here, opportunity abounded—for empowered white males, that is. Vast sums of money changed hands, and fortunes were won and lost regularly. A new American upper class formed, and its members initially put their ample wealth into, among other things, capacious townhouses and mansions usually of the Greek or related Neoclassical idiom.

But by the booming 1850s, Greek Revival came to feel a bit stodgy and dated. The nouveau riche wanted that trendy new Italian look, like their peers elsewhere, and designers were eager to deliver. Among the style’s local champions were architects William and James Freret, James Gallier Jr., Albert Diettel, and most of all, Henry Howard.

An early local example of a “magnificent Italian villa,” as the Daily Picayune put it, was built on Prytania Street near Jackson in 1850 for local esquire Duncan Hennen. Costing $22,000, the mansion featured a gallery and veranda amid an abundance of marble.  Two years later and a few blocks away, the eccentric globe-trotting millionaire James Robb had erected an Italian palazzo on Washington Avenue between Camp and Chestnut. Surrounded by lavish landscaping suggesting Picturesque influences, the mansion sat “two stories high, eighty feet square, [on a] gently elevated terrace,” wrote the Daily Picayune, and “had about it an air of quiet beauty, refined taste and substantial comfort…. No expense was spared(;) its fresco painting was particularly superb, (as are the) marble steps with massive railings (and) spacious hall….” Inside were Robb’s “large and choice collection of oil paintings, water colors, engravings, bronzes, marble statuary, vases, and other articles of vertu.”

Robb’s gardened palazzo helped give the Garden District its name, and it’s no coincidence that Italianate came to be a dominate style in this and other affluent neighborhoods.

Left: The Robb Mansion, built in 1854 in a high Italianate style on Washington Avenue, is seen here in 1906 when it housed Sophie Newcomb College. It was razed in 1954. Middle: John Notman’s 1839 Riverside Villa in New Jersey has been identified as the first major Italianate design in the US. Photos courtesy of Library of Congress. Right: Note the exuberant Italianate doorway and segmented arches above the windows on this Royal Street townhouse. Photo by Richard Campanella.

We have since lost both the Hennen and Robb houses, but a comparable specimen survives in the form of the Luling Mansion near the Fairgrounds. Built in 1865 originally with expansive manicured gardens, it embodied Italianate and Picturesque aesthetics, and to this day stuns the eye.

These and a few other grand Italianate villas, however, were the exception. Because local architects were mostly designing city houses on standard urban lots, they saw little reason to abide by the asymmetry and irregularity typical of the Italian order, much less the gardens and statuary. Instead, they designed standard house types already familiar to New Orleanians, including townhouses, center-hall cottages and shotgun houses, and applied Italianate detailing upon them. This included segmented-arch doorways and windows, heavy molding and an abundance of paired volute-shaped brackets lining roof eaves and galleries. Italianate was thus mostly manifested in New Orleans as an ornamental overlay to standard structural types rather than a change in their essential configurations.

By the end of the century, industrialization, mass production and a growing middle class had helped standardize what had previously been considered luxurious. New late-Victorian architectural styles such as Eastlake and Queen Anne absorbed Italianate’s penchant for elaborate detailing, and builders of “catalog houses” milled brackets and quoins en masse to spruce up the thousands of prosaic shotgun houses being erected for working-class families. Italianate by this time became Victorian Italianate, and along with parallel styles such as Renaissance Revival, it remained popular into the early 1900s.

Then came the Great War in Europe, and suddenly all of the above came to seem gaudy and decadent. Modernism would increasingly challenge the rationale behind Victorian and Italianate, not to mention the Picturesque Movement, Romanticism and Neoclassicism.  After the Second World War, they were openly disdained in some circles.

Yet the architectural vessels of these aesthetic philosophies remain in the modern New Orleans cityscape, by the thousands, and they continue to inspire us in ways that were likely unforeseen by their philosophers.

Richard Campanella, a geographer with the Tulane School of Architecture is the author of “Bourbon Street: A History,” “Bienville’s Dilemma,” “Geographies of New Orleans” and other books. A version of this article originally appeared in his Cityscapes column in the New Orleans Times-Picayune, June 10, 2016, and is presented here with permission. Campanella may be reached through http://richcampanella.com , rcampane@tulane.edu , or @nolacampanella on Twitter.