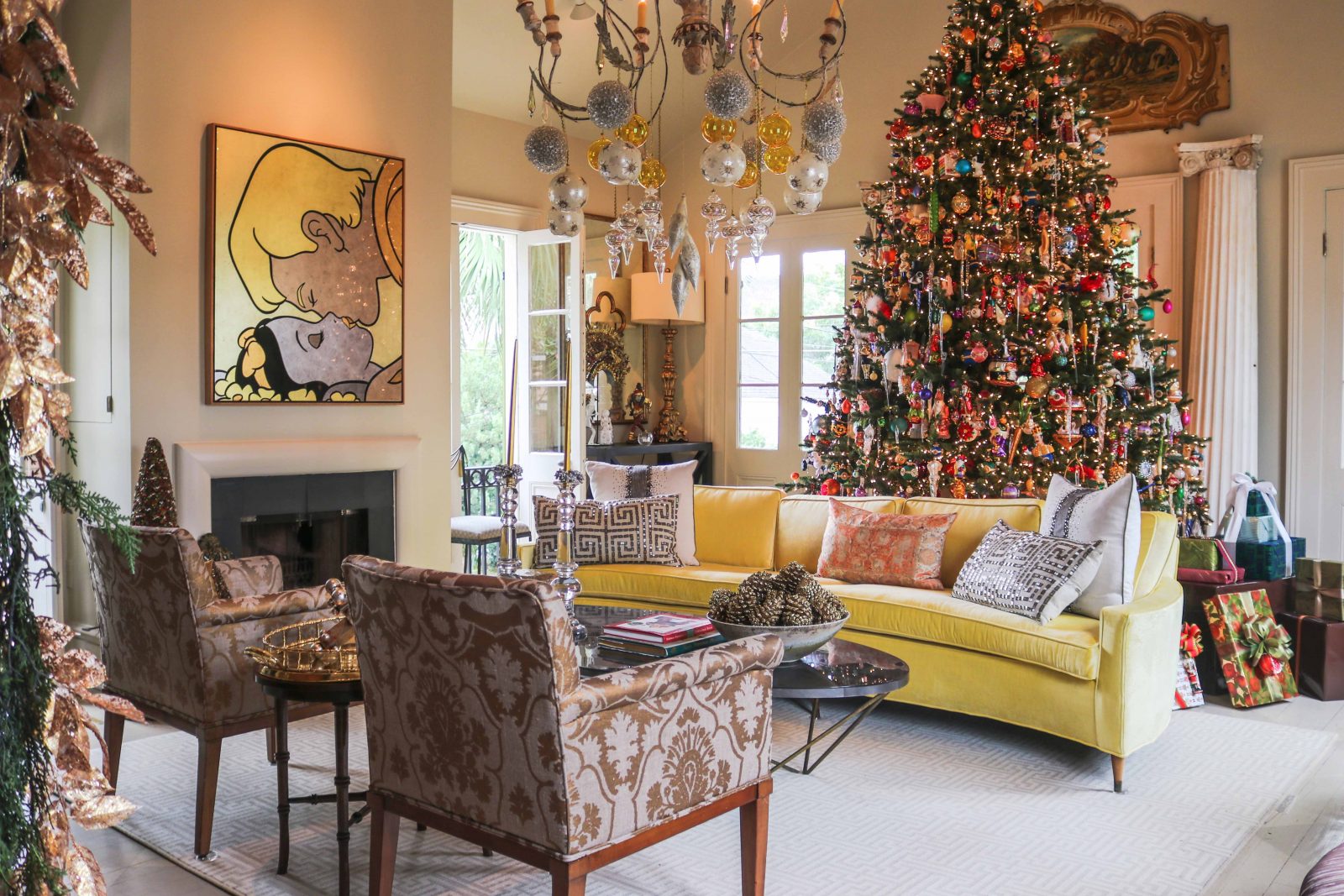 For Bryan Batt and Tom Cianfichi, putting up their Christmas tree is like a trip down memory lane. After placing it in the center of their living room’s three sets of French doors, they unpack the ornaments they’ve collected during their more than 31-year relationship.

“We pour our hearts into decorating our tree. We always have,” Batt said, adding that the tree goes almost to the top of the room’s vaulted ceiling. “Our ornaments reflect years of milestones, family history and travel. Each year, when we start to unwrap the baubles and trimmings, memories come flooding in.”

Like the ornaments, the couple’s fine furniture, collected art and unique décor have stories to tell. There’s the living room’s mid-century modern sofa that Batt found at a Salvation Army store and has since reupholstered three times. There are the two architectural elements, displayed below the dining room’s console table, that the couple found in St. Louis. Despite their heavy weight, Cianfichi got them on a flight home in his luggage.

“We always choose décor and art that reflects our personality and simply makes us feel good,” Batt said. “We love color and a collected mix of styles and periods: mid-century modern meets French antiques meets old New Orleans with a dash of drama and whimsy.” 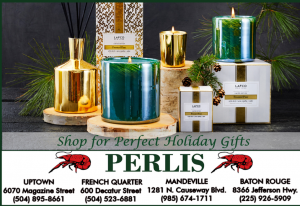 That mix comes easy to the couple. A Broadway, TV and film actor best known for his role as art director Salvatore Romano on the AMC series “Mad Men,” Batt spent his childhood antiques hunting with his late mother, from whom he inherited the collecting bug. In seventh grade, he asked his parents for a Chippendale secretary and chairs.

Cianfichi, who began his career in acting and directing, has a keen eye for design and retail, having worked in management, buying and visuals at two exclusive gift and home accessories stores on Madison Avenue. He designed the living room’s two metal tables, known as the “Madame X” consoles, for Hazelnut, the couple’s home décor and gifts boutique on Magazine Street.

“We always had this dream of opening a little shop,” Batt said of Hazelnut, which made its debut in 2003. “There was a show I was slated to do on Broadway that got canceled. Tom had already done the business plan for the store — just in case, down the line — and we pulled in the plug.”

A house of their own

When they wanted a home to call their own, they found it in 2010 in a raised West Indies-style cottage Uptown. “It was love at first sight. The great bones, personality and innate style of the house are perfect for us,” Batt said.

Plus, it came with what Batt and Cianfichi have dubbed the “Bar Moire,” a wet bar built into an 18th century armoire. A second wet bar can be found in the den, and both are filled with chic barware at the ready to make even a sparkling water feel special.

It’s believed the house was built around the turn of the century and, as a corner building, was once an old sweets shop on the ground floor with living quarters above. New Orleans architect and designer Tom Collum – using Carey Bond as his architect – renovated it to the studs in the 1980s.

“He did such a masterful job,” Batt said in the October 2018 issue of Preservation in Print.

“The design, the timeless finishes, the attention to every detail, the efficient use of space — everything about it remains perfection,” Batt added.

The 2,100-square-foot house features a unique layout. The second floor contains the living room, bedroom and bathroom. A winding stairway leads to the ground-floor den, dining room and kitchen, which opens to the oasis-like backyard and its plunge pool.

While Batt and Cianfichi have added privacy measures to the ground floor’s French doors, upstairs they “have the luxury of going without window treatments. Natural light streams in, and we feel like we are in a glamorous treehouse,” Batt said.

The uncovered French doors in the living room and bedroom get opened whenever the weather permits. “It’s just charming because there’s great cross-ventilation, and you’re right up with the trees and can look over the rooftops. Down the street, there’s a beautiful steeple of a church,” Batt said.

Making their house a home

While the house didn’t need any real renovations, the couple – with the help of Annunciation Contracting – added a new bathroom vanity, marble countertops and fresh paint: a creamy neutral in the living and dining rooms and soothing grays in the bedroom, den and kitchen.

There, they also installed marble countertops and a gas range so Cianfichi, an avid cook, can whip up his signature gumbo and osso bucco dishes or a recipe from the collection of beautifully bound cookbooks he picked up at an auction.

A settee rests along one wall “because everyone ends up in here when we’re cooking, so you might as well be comfortable,” Batt said. Above it hangs a red-toned abstract painting by friend Bryan Burkey, who owns the Wine Institute of New Orleans, known as WINO, with his wife Leslie Castay.

The painting became the inspiration for the red Le Creuset cookware, small kitchen appliances and tableware that’s displayed in two glass-front cabinets. Cianfichi painted the back of those cabinets chartreuse to coordinate with the Schumacher Chiang Mai Dragon fabric covering the settee’s long pillow.

The fabric also covers two shades designed for one of the room’s more unique touches: a pair of tropical-style figurehead lamps. They belonged to Batt’s paternal grandparents but were nearly lost forever when Batt’s mother accidentally sold them from their attic storage spot in her on-the-market home. At the time, Batt was out of town for a play rehearsal, and when he revealed the lamps were his, she went on a rescue mission and bought them back. 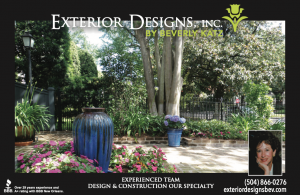 The dining room features a crystal chandelier inherited from Batt’s mother above a table designed by Cianfichi and metal chairs by New Orleans architect, interior designer and artist Mario Villa.

“I’ve always liked gallery groupings, and I also like some walls that just have one thing,” Batt said, pointing out some singular pieces upstairs.

Near the stairwell, there’s a circular painting by New Orleans artist Logan Ledford, who created the watercolor image of the Hazelnut seen on the store’s website, hazelnutneworleans.com, as well as its custom Carnival items.

A metallic-leaf, comic-book-like painting by Slidell native Blake Boyd – from the artist’s Hard Luck Woman series – hangs above the living room fireplace and shows Prince Charming leaning in to kiss Snow White. Across the room, there’s a trio of landscapes by Susan Downing-White.

The richly layered look the couple has achieved is all about “keeping your eyes peeled at all times” and creating a home that’s “collected and not decorated,” said Batt, who released his design book Big, Easy Style: Creating Rooms You Love to Live In in 2011. Written with Katy Danos and featuring photos by Kerri McCaffety, it combines decorating tips with photos and stories of New Orleans houses.

And the stories behind each piece of furniture, artwork and décor – whether it’s something that came from family or the couple acquired – are part of why Batt and Cianfichi love the home.

“I wake up every morning — this is no joke — and I say ‘I love where I live,’ ” he said. “It fills me with nothing but gratitude.” 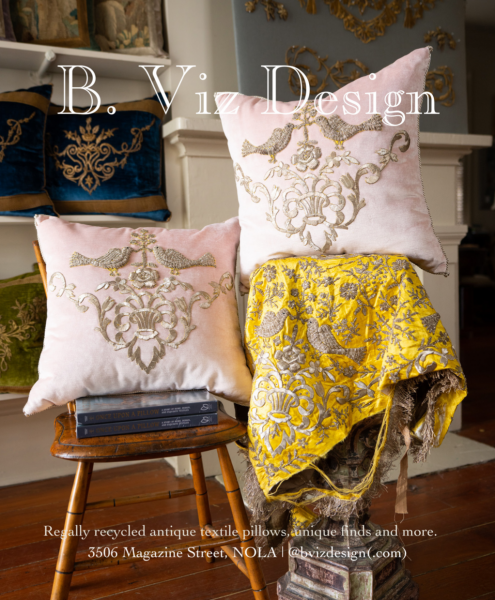 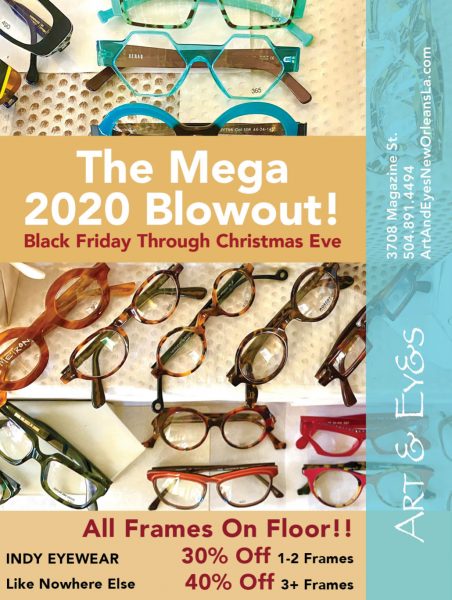