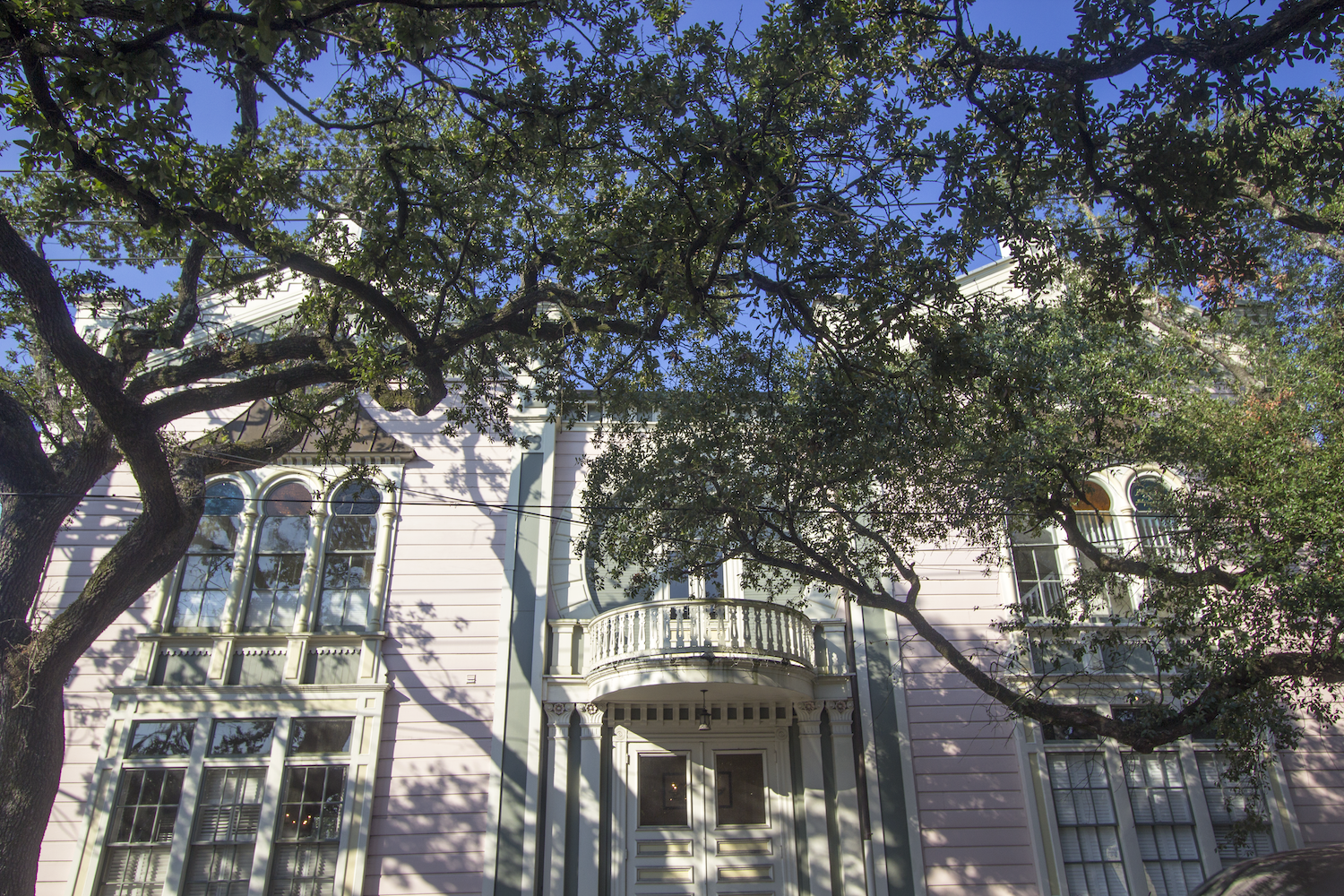 In 2012, when Leigh Bell and her husband Billy were looking for a house New Orleans, Leigh knew she wanted to be in the Garden District, the neighborhood where she grew up. The house the Bells now call home is 2801 Prytania St., the site of the former Southern Athletic Club and later the Behrman Gymnasium. Completed in 1889, the Southern Athletic Club spanned the block along Prytania between Washington Avenue and Conery Street and housed a state-of the-art gymnasium and an indoor pool. The front portion of the athletic club faced Washington Avenue and was built in the Moorish style. The athletic club was transferred to the city in 1910 and later to the school board in 1973. The property was purchased by Conery Investments, Inc. in 1992 and subdivided into four lots. The rear portion of the gymnasium was demolished; however, with encouragement from organizations like the Preservation Resource Center and the Garden District Association, the front portion of the gym, with its Moorish façade, remained. It was converted to a residence in 1995 by Mr. and Mrs. Maurice J. Hartson, III. The house was previously featured on the Holiday Home Tour in 1996.

The house’s history as a gym was part of what was appealing to Leigh. The modern floor plan, which features a kitchen at the center of the house opening up to ample living space, is not a common feature in many historic homes. The 16-foot ceilings on the second story, where the gymnasium was, had been lowered by the previous owner to 12-foot ceilings. The Bells lowered the floor of the third story attic to meet the top of the now 12-foot ceiling on the second story and built a home theater on the third floor. Other updates the Bells have made include the installation of a bar in the den right off the kitchen. Inspired by the bar at the Napoleon House, one of Leigh’s favorites, the mahogany bar was made by her brother, Robert Pratt. The bar is now an integral part of the living space, and not to be missed on the tour.

Both Leigh and Billy lived in historic houses growing up and know the advantages and pitfalls of old buildings. As with any old building, there is regular maintenance required, and the Bells have a few restoration projects in the near future. But it’s worth it: The Bells see themselves as stewards of a historic building with a very storied history.

Click here to purchase your tickets for the PRC’s Holiday Home Tour on Dec. 9 & 10