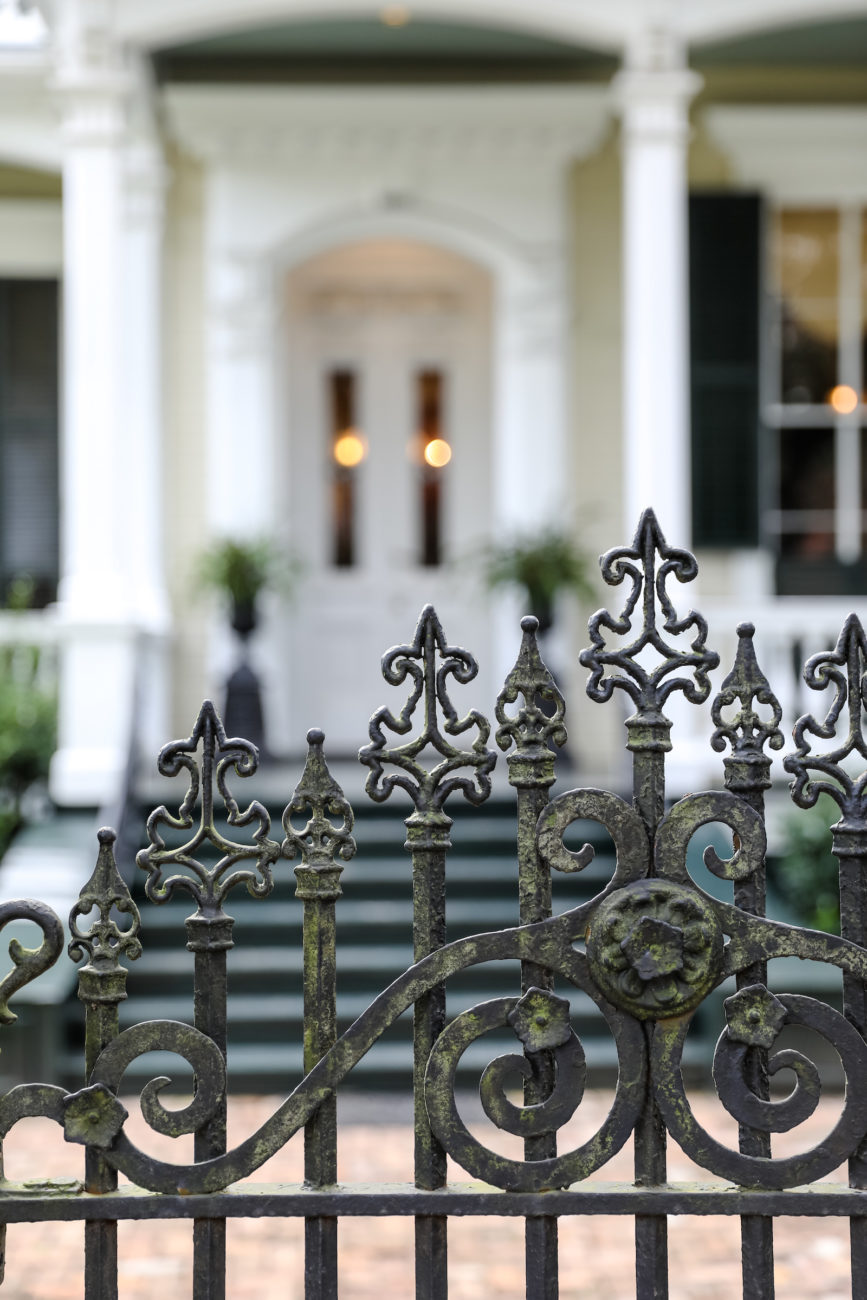 The majestic home of Liz and Terry Creel, site of the 2017 PRC Holiday Home Tour Patron Party, begins its notable history in 1845 when Winnifred Hubbard, a free woman of color, purchased nine lots situated within the Faubourg Livaudais, City of Lafayette, Parish of Jefferson, for the sum of $1,763.75. The nine lots comprised nearly an entire city block, including the entire breadth of frontage on Prytania Street between Eighth and Harmony, running south towards Plaquemines (now Coliseum) Street, and likewise formed part of the boundary between the Faubourg Delassize and the lower Faubourg Livaudais. By 1852, the entirety of the four historic City of Lafayette faubourgs (Nuns, Lafayette, Livaudais and Delassize) had been annexed by the City of New Orleans.

In 1868, noted businessman, ship’s agent, importer, industrialist, and Pickwick Club President Cohen M. Soria purchased a subdivided parcel of the original nine Hubbard lots for $7,500 and thereby ushered a period of same-family ownership of 3102 Prytania St. that would run for 123 years. In 1875, Soria contracted architect Fredrick Wing to build the two-story Italianate home that we see today. While living in the home, Soria added additional parcels of the original Hubbard lots, along with numerous other parcels in adjacent city blocks, to his portfolio through the years, and also built several homes in the immediate vicinity. The Soria family spent much of their summer leisure in Ontario, Canada while opting for the warmer environs of New Orleans for the winter. Soria and his wife Margaret McCaughan died in 1911 and 1914, respectively, and are buried in Metairie Cemetery.

Along with Soria, several other residents made their marks on New Orleans history. One occupant of the home, George Ferrier, was a close confidant of mayors Martin Behrman and Andrew McShane, serving as Clerk of the Commission Council throughout both respective administrations from 1908-1928. From 1922, the residence served as the temporary home of the Japanese Consul to New Orleans, where celebrations were observed for the coronation of His Imperial Majesty, the Emperor Hirohito.

In 1991, Terry and Elizabeth Hadden Creel purchased 3102 Prytania St. from siblings Henry George McCall II and Mary Wyndham McCall Morehead, both descendants of Cohen M. Soria. The Creels renovated the house from a double into a single residence in 1998 as their family of four boys grew. The main stairwell utilizes segments from three different staircases used in the history of the house, and even presents a newel post from the original home along with Greek urn spindles from the 1880s, all of which lend a nod to its architectural origins. Original plaster medallions and crown moldings accentuate the ceilings, while one of the largest private collections of Carnival invitations and parade bulletins from old-line krewes line the walls. Liz utilized fabric from her great grandmother’s home for the window cornices in the formal dining room, and Terry’s museum-quality collection of antique clocks are located throughout the house. Additional Carnival memorabilia and clocks are located at the Creel’s Parkview Historic Hotel, located adjacent to Audubon Park. The Creels continue their ode to New Orleans through the kitchen and informal gathering areas with paintings from local artists. Locals and visitors alike will no doubt know the home not only for the several Mastiffs that have patrolled its grounds over the years, but also for the palatial tree house constructed by Terry for the Creel children. 3102 Prytania St., its footprint virtually unchanged since its construction in 1875, continues to be one of the marquis residences on the street that provides the heartbeat of the Garden District.

Kick off the holidays in style at this spectacular historic home at the Holiday Home Tour Patron Party on Dec. 8. Click here to become a Patron!