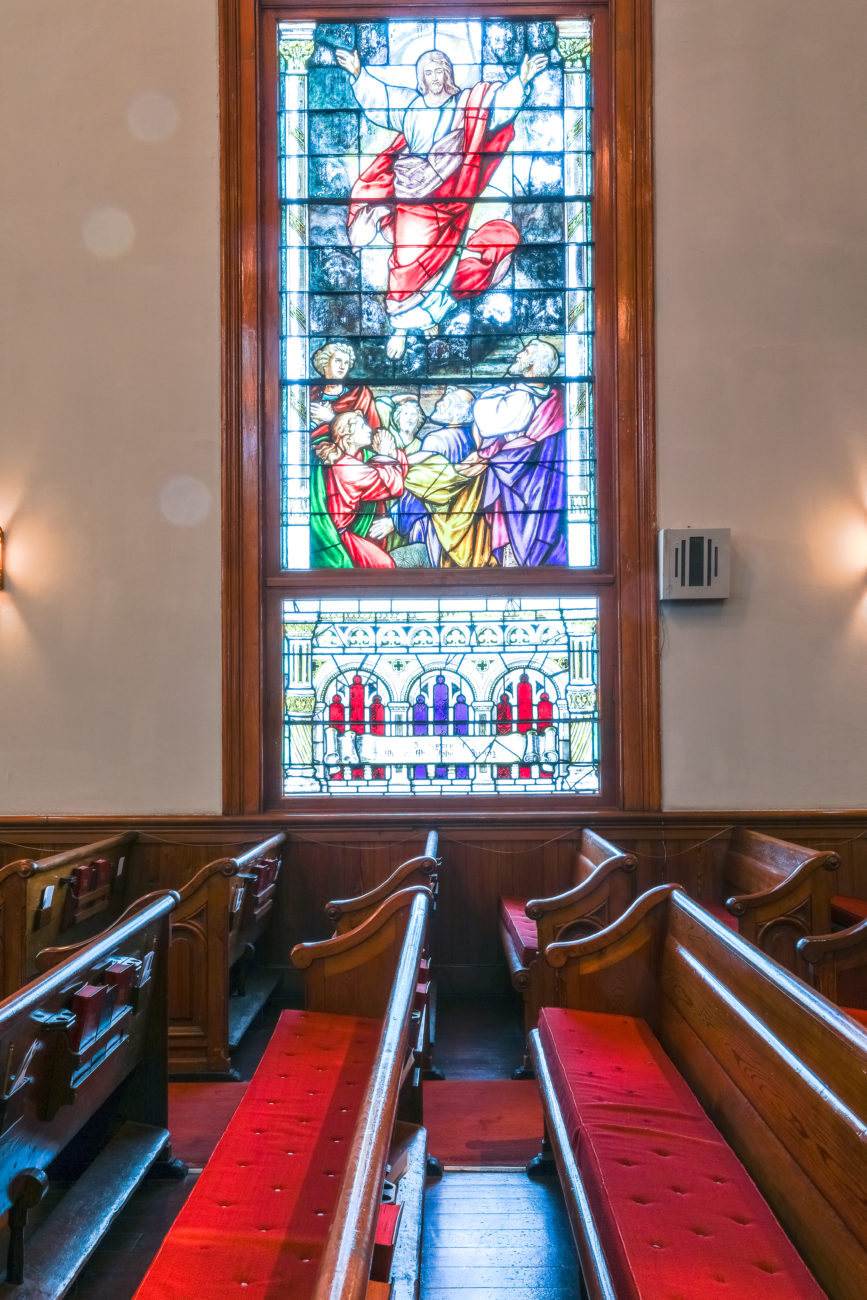 Near the river, on Jackson Avenue, lies a church that was once known as the largest church in New Orleans. Originally located at Chippewa and Phillip streets, the Jackson Avenue Evangelical Congregational Church has greatly expanded over its 172-year existence in the Irish Channel. The church has survived the many ups and downs that the once-German neighborhood, then called the City of Lafayette, has encountered. Although the church was founded in 1845, what stands today is a far different iteration of the original structure due to the many challenges the congregation has faced.

On a mission to build a German Protestant Church, 13 men of German descent purchased the original lot on Phillip Street for $600. They worked together to build and establish the church and transferred the title to the congregation of the German Lutheran Church. The congregation had a rocky start, but eventually began to grow and thrive, especially during the pastorate of the beloved Rev. “Papa” Heintz. In 1870, they outgrew the little church and made the decision to purchase the lot at Jackson and Chippewa. The plan was to build a new church that would seat 1,000 people, and the original church would become a fellowship hall. After funds were exhausted with the cost of laying the foundation, the first cornerstone was not laid until 1874. The inscribed cornerstone has been preserved and can still be seen on the front left corner of the church.

The new building was dedicated April 2, 1876 and completed with cypress pews and heart pine flooring totaling $39,000. The intricate stained glass windows were not included in the original budget; they were not installed until 1902 through 1940. The first to be installed was dedicated to Rev. “Papa” Heintz after his passing in 1901. These massive windows truly become the focal point when seated in the pews. The European-made painted glass and the locally designed art glass form a very unique combination. The artistic collaboration was created by Franz Mayer Co., of Munich, Germany, Emile Frie Co. of Munich, Germany and St. Louis, Missouri, and the Louisiana Glass and Mirror Co. of New Orleans, owned by the Lips family.

Even with the impressive new church, the congregation began to dwindle when Rev. J.P. Quinius began his pastorate in 1902. In an effort to rebuild the congregation, the church began offering services in English — previously, it only offered them in German. It was also decided that the original church would be demolished and rebuilt as a more modern Sunday School. Sadly, the beautiful new Sunday School and fellowship hall only lasted 11 years until it was destroyed by a fire that took the lives of four firemen in 1921. The main church did not suffer damage in the fire, but it did endure its fair share of destruction as a result of an unnamed hurricane in 1915. This hurricane caused extensive damage to numerous churches in the city and many, including the Jackson Avenue Evangelical Church, lost their spires. In 1965, Hurricane Betsy damaged the roof and the pinnacles had to be removed after being struck multiple times by lighting. The pinnacles and spire, once estimated between 100 and 120-feet high, were never replaced. This leaves us with the façade we see today.

See this home and six other stunning Garden District homes at the PRC’s Holiday Home Tour on Dec. 9 & 10.