“The Vine That Ate My House.” It sounds like some science fiction B movie, doesn’t it? Actually, an anthology film from my childhood, called Dr. Terror’s House of Horrors (1965), included a terrifying segment that has remained in my memory all these years. In the segment, a businessman returns home from a holiday to discover that an intelligent vine in his garden is growing out of control and is killing everything in its path. It was just a movie.

Yet, you can actually see vines completely taking over houses in New Orleans. Admittedly, most of the houses that have vines climbing along the roofs have been long abandoned or neglected. But the idea that a vine can consume and overwhelm an entire house over time is very real.

You may be thinking of kudzu vines at this point. But, fortunately, that incredibly rampant vine is not a major issue in New Orleans. The foremost culprit of vine home invasion is called cat’s claw (Dolichandra unguis-cati). Its name comes from its tendrils with three claw-like hooks that it uses to climb.

Cat’s claw vine was reportedly brought into New Orleans as an ornamental, and you can see why when the vines produce multitudes of large, showy, golden yellow flowers in spring. But the beautiful flowers do not make up for the rampant growth of this vine. 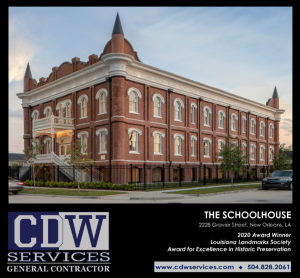 A few other large growing vines that can attack houses include Virginia creeper (Parthenocissus quinquefolia), trumpet creeper (Campsis radicans), poison ivy (Toxicodendron radicans) and creeping fig vine (Ficus repens, often planted as an ornamental to cover walls, but heaven help you if it gets out of control).

All of these vines have the ability to scramble up the sides of a house. In the process they can insinuate themselves under siding, damage gutters, invade attics and push up roof shingles. Again, this does not happen in a week or a month. As fast as they grow, it takes time for a situation to get way out of hand. But they still grow faster than most plants, and vigilance is needed to prevent problems.

Vines do not have to put any food or resources into building strong stems to hold the plant upright. They use structures or other plants for support or lay on the ground. This frees up resources for growth, and vines are among the fastest growing plants as a result. That means vines can create problems faster than you may think, and can rapidly recover from control efforts.

When dealing with a situation where weedy vines have been allowed to get out of hand, you must be prepared for a hard fight. This will take commitment. Once you begin your control efforts, you have got to be persistent and frequent in what you do over whatever period of time it takes to gain control over or eradicate the vine.

Every situation is different, and you may have to use a variety of methods for best results. Here are some basic methods that can be utilized, and they are generally effective if used persistently over time.

The first method is hand pulling and/or digging out. The goal is digging out as much of the below-ground roots, bulbs, tubers or rhizomes as possible. Cat’s claw vine produces tubers that must be dug out for effective physical control.

Done regularly, this is a great way to deal with occasional seedlings and light infestations. Physical control may also include cutting down and removing vines from buildings, trees or fences to clean up a situation. The roots and below-ground parts can be dug up at that time. Or, if it is not practical to dig out the roots, herbicides can be used at that point.

Herbicides are very helpful in controlling vines. One method is to carefully spray the foliage with a systemic herbicide. Since these herbicides can damage or kill any plant, this is only possible when the herbicide will not get on the foliage of desirable plants. If needed, nearby desirable plants can be covered with plastic sheets or plastic bags to protect them while you spray.

Spray enough to wet the foliage of the vine thoroughly, but avoid excessive application and runoff into the ground. You may spray the vine intact, or cut it back, let resprout and spray the new growth, depending on the situation.

Systemic herbicides are absorbed by the foliage and enter the plant’s circulatory system, which sends the material into the vine’s roots killing them as well. Glyphosate (Roundup, Eraser Grass and Weed Killer, Killzall and other brands) or triclopyr (Brush-B-Gon, Brush Killer and other brands) are commonly recommended for weedy vine control. Herbicides that contain a combination of dicamba (banvel) and 2,4-D also work well. Once the vine dies, it may be removed. (Be careful with poison ivy, even dead leaves can cause a rash).

For larger, established vines growing in trees, on buildings or intertwined in shrubs, spraying the vine foliage is not practical. There is too much potential to injure desirable trees and surrounding landscape plants. In these situations, it’s best to use the cut vine method.

Cut the vine off a few inches from the ground and immediately treat the fresh cut stump with undiluted triclopyr (such as Cut Vine and Stump Killer, Brush Killer, Brush B Gon). Applying the herbicide to the fresh cut is necessary because it prevents the stump from re-sprouting. Once cut, the vine growing up the tree, telephone pole or the side of a house will die because it has no root system. The treated stump will die because the herbicide gets absorbed by the freshly cut surface and is translocated to the roots. This method is very effective and may be used any time of the year. It also works for getting rid of undesirable sapling trees growing up through shrubs.

Finally, I must mention bush killer vine (Cayratia japonica). This vine does not generally attack houses, but it is a common menace to shrubs and small trees in New Orleans landscapes. It is very difficult to control, and requires persistent effort over time. Triclopyr appears to work somewhat better than glyphosate, but you can use either following the above techniques.