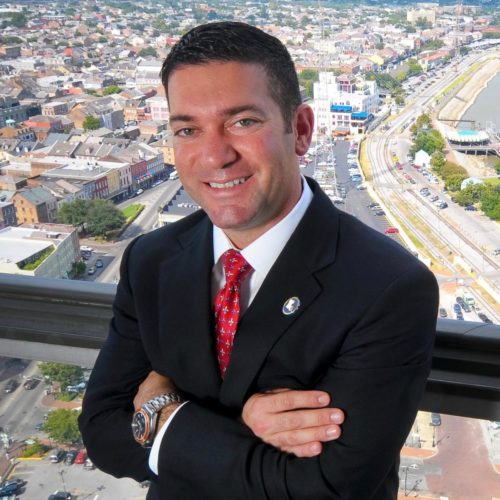 This story first appeared in the April issue of the PRC’s Preservation in Print magazine. Interested in getting more preservation stories like this delivered to your door each month? Become a member of the PRC for a subscription!

Do you view historic preservation as economic development for the city?

Labor analytics firm EMSI recently ranked the Greater New Orleans area in the top 10 cities in the United States for percent of jobs held by millennials. What are the biggest factors attracting young professionals to our city?

The “low-cost/high-culture” value proposition of New Orleans is hard to beat for millennials. While prices are rising, New Orleans is still twice as affordable as top coastal cities, with as much or more cultural richness. Basically, New Orleans is San Francisco at half the cost, but with nicer people.

Flood insurance costs are currently reasonable, and, so, in fact, make the local economy possible. It is important that they stay that way! Our National Flood Insurance priorities for 2019 include a long-term reauthorization (five years or more), with reforms that include:

What are the biggest growth areas for our local economy?

Tell us more about the New Orleans Music Economy initiative launched by GNO Inc. What does that involve?

The New Orleans Music Economy initiative was created to jumpstart a thriving full music economy in Greater New Orleans that provides jobs and wealth to support musicians, intellectual property managers, publishers, agents, labels, professional services, creative services and all other aspects of the “business of music.” The goal of NOME is to build a true music economy in New Orleans: supporting artists, but also creating jobs and wealth in the “business of music.” We have retained global music consultancy Sound Diplomacy from London/Barcelona. Their final deliverable will be a strategic action plan for GNO, Inc. to execute. NOME is “Economic development with a beat!”

Turning a bit more personal, what do you love most about living in New Orleans? What is your favorite spot in the city?

My mother is from New Orleans; my maternal family is originally from Donaldsonville. Three things I love the most about New Orleans:

My favorite spot in the city is the French Quarter at 6 in the morning, when there is a light fog over the streets, and all is quiet except for that random person who is still up, but really shouldn’t be.