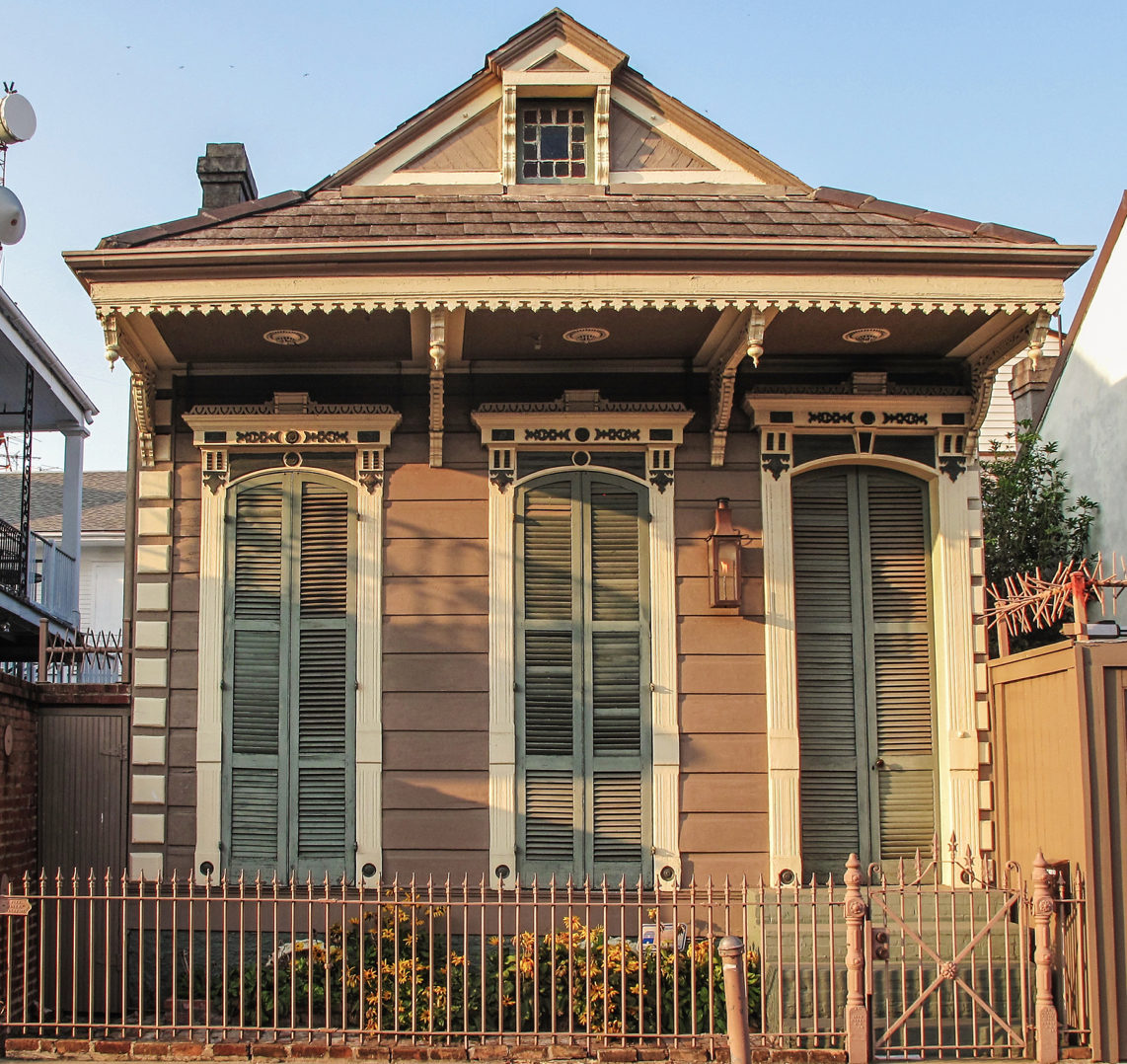 LEGEND – Shotgun style houses came about because of a New Orleans-based real estate tax on street frontage, as opposed to square footage, and take their name from the belief that if a shotgun were fired in the front door, toward the rear, the bullet would make its way out the back door without hitting a wall.

FACT – There was never a property tax on street frontage, façade building height, closets, doors or stairs in New Orleans. The earliest local shotgun houses date to the 1830s. In the French tradition they were constructed without halls, one room wide and three to five rooms deep, and can be found as either singles or doubles. The term does not appear in print during the 19th century, rather “maison basse” was occasionally used during the early part of that century, and “tenement cottage” during the later part. The first reference to a shotgun style house in a local building permit was not until 1918. The first located usage of the term in local press occurred when a New Orleans’ newspaper wrote on April 15, 1917, “There are hundreds of what is locally known as ‘shotgun houses’ in New Orleans. They are called shotgun houses because you can stand in the front door and shoot the dinner off the stove in the kitchen.” Exactly when the term was first used in the local lexicon is not known.

Some claim that the shotgun house type has roots in West African dwellings such as the bohío and caney houses brought to Haiti, where they are called kay or caille houses. There are also claims that the word “shotgun” may have been an anglicization of “to-gun,” a West African word from the Fon language meaning “place of assembly.” Both the African and Haitian houses mentioned are very small, only one or two rooms deep.

Culturally many house types have similar back-to-back room arrangements greater than two rooms, such as some Native American and Viking houses, which have no New Orleans ties. The New York railroad flat apartment has a similar floor plan but the units are stacked one on top of another in larger buildings, and the Philadelphia “Father, Son and the Holy Spirit” houses stack the rooms vertically. After New Orleans, Louisville, Ky., has the largest collection of shotgun houses. It is an efficient use of space found throughout the South, and its popularity is most likely due to its ability to place a lot of people in a small amount of space.