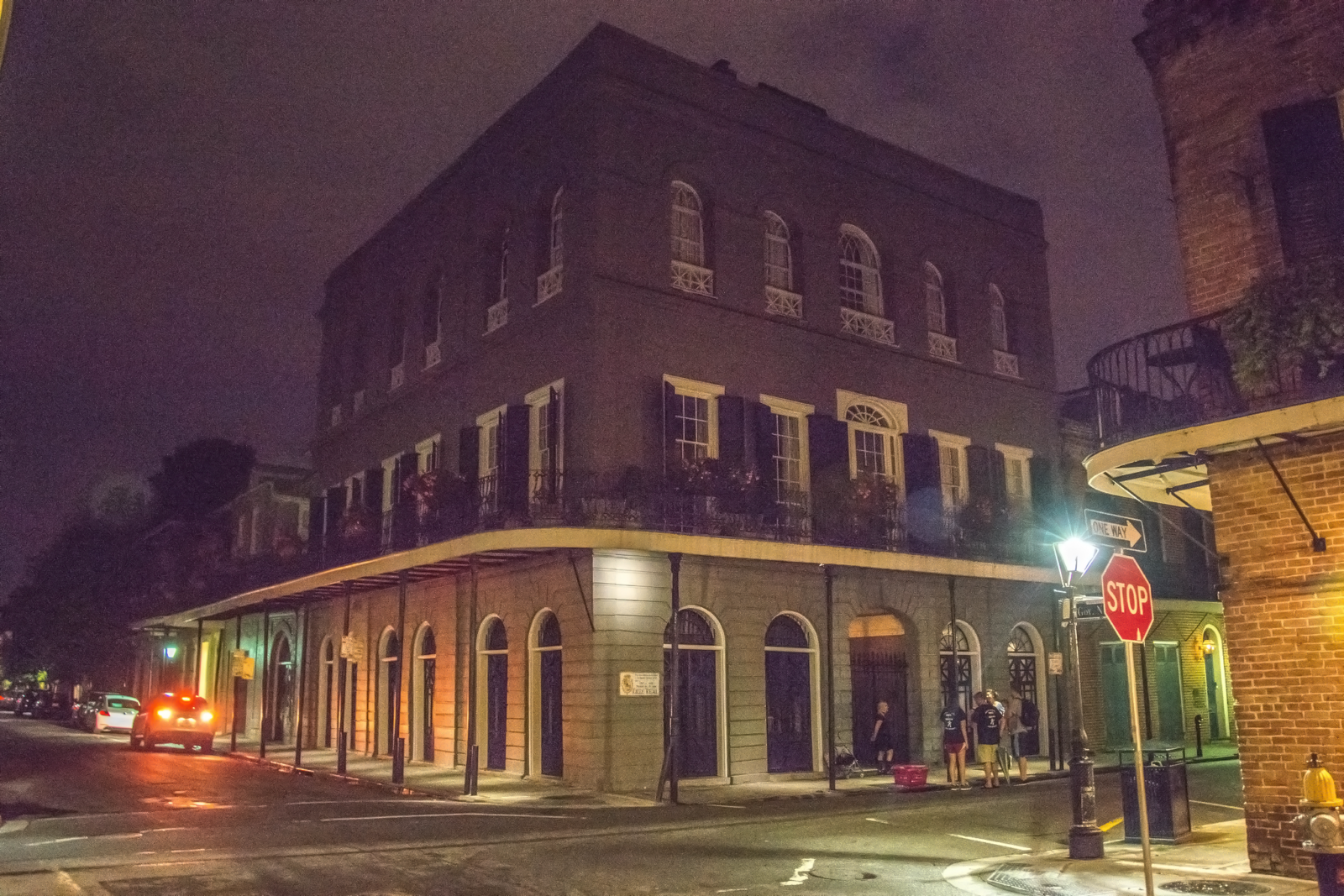 1140 Royal St. is New Orleans’ “most haunted house,” a claim made by many French Quarter ghost tours.

Edward Dufossat in 1831 sold an unfinished residence to Dr. and Mrs. Louis Lalaurie. They completed the house, which was two stories, likely of exposed brick, in the Federal architectural style. On April 10, 1834, a fire destroyed the house and revealed the horrific treatment of their slaves by the Lalauries. The cook started the fire, and what the fire did not destroy, New Orleanians did when they saw the evidence of inhumane treatment of the slaves.

In 1838, the house was described in Retrospect of Western Travel as “in its ruined state.”

In 1838, the present house was built for Charles Caffin by Pierre Trastour as evidenced by a lawsuit. The new three-story stuccoed house was executed in the Empire style. During the Reconstruction Era, it served as an integrated school.

During the 1880s, the building was a conservatory of music. The 1885 Historical Sketchbook & Guide to New Orleans referred to it as “Haunted House Royal Street” and said “from the observatory, one gets the finest views of the lower part of the city, for it is the highest point in the French town, excepting, of course, the Cathedral towers.” In 1892, the Daily Picayune referred to it as “The Haunted House.”

The house has gone through many owners over the years. Among the most famous was Nicholas Cage, who bought the property in 2006 for $3.4 million, but soon ran into financial troubles. He lost it to foreclosure in 2009.

New Orleans Truths vs. Tales is presented by the Friends of the Cabildo. Robert J. Cangelosi, Jr., AIA, NCARB, is president of Koch and Wilson Architects and a prominent architectural historian. His practice is focused on the preservation, restoration, renovation and adaptive reuse of historic structures. Cangelosi was the co-editor of the last two volumes of the Friends of the Cabildo’s “New Orleans Architecture” series of books and has served as a past editor of Preservation in Print.