DEVELOPMENT: The six-story, glass-and-concrete edifice rising out of pastel, neoclassical storefronts along Baronne Street in the Lafayette Square Historic District contains a total of 31 two-, three- and five-bedroom suites, which will soon be available for short-term stays if the required conditional use is approved. According to permits filed with the city, the “apartment hotel” will also have a restaurant on the ground floor. Because it’s located in the CBD-5 zoning district, the hotel permit must be reviewed by the City Planning Commission and approved by the New Orleans City Council. The project also was subject to design oversight by the Central Business District Historic District Landmarks Commission. That review process saw the architects, Terrell-Fabacher, twice appeal to the City Council: initially for a decreased setback and then for permission to use tinted glass. The project is a successor to another development initiated in 2016 but never brought to fruition. The prior proposal called for similar massing, including a newly built extension on a vacant lot fronting Girod Street, but was intended for the residential market.
Sources: https://onestopapp.nola.gov

DEVELOPMENT: It is not uncommon for large urban redevelopment projects to experience false starts and changes. In 2018, the owners of a former industrial building and adjacent parking lot in the Warehouse District proposed to build a six-story, 115,000-square-foot addition with large multi-pane windows reminiscent of nearby warehouses turned condos. That plan stalled. Last year, however, the project was revived for a very different use: a self-storage facility. Eschewing the blank masonry walls and faux windows found on other such facilities, the designers opted for vertical-seam metal panels rising out of the historic brick structure. The material is a nod to the Dixie Machine Welding and Metal Works, which opened on the site in 1919; it was one of a cluster of fabricators serving the maritime and manufacturing industries. The Architectural Review Committee of the Central Business District Historic Landmarks Commission endorsed the choice of materials in varying warm tones. Residents of the nearby Cotton Mill condominiums and Nine27 Apartments, however, were not impressed. Nor were they appeased by the proposed creation of a narrow linear pocket park along Poeyfarre Street. After several residents spoke against the large windowless cube in December, the full commission remitted the plans back to the ARC for further study. 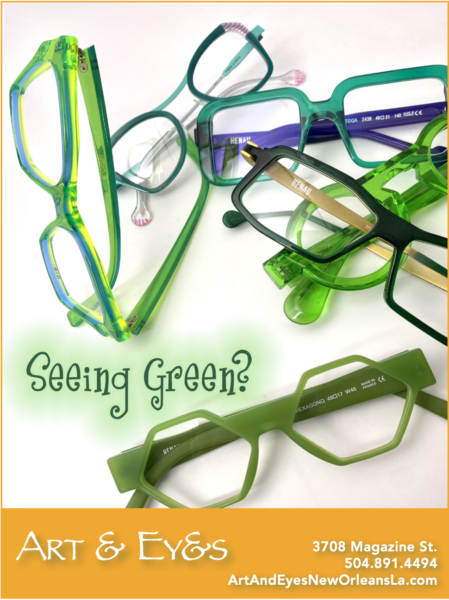