During the pandemic, the typical French Quarter crowds of visitors and locals have dwindled, quieting the buzz of the Quarter’s bustling street life. But on a warm summer day, one familiar sound — the rhythmic thumping of hammer on metal — echoed down the stone street of Exchange Place.

The sound emerged from the workshop of Bevolo Gas & Electric Lights, the oldest continuously operating gas light manufacturer in the country. Celebrating its milestone 75th anniversary this year, Bevolo has produced its signature hand-crafted copper lights in the heart of the French Quarter since 1945.

The same rhythmic tapping sound of hammer on metal once lured a curious A. Hays Town into Andrew Bevolo Sr.’s metal shop in 1959, according to a history exhibit housed at the Bevolo workshop. Town, one of Louisiana’s most noteworthy 20th-century architects, followed the sounds of metalworking and serendipitously entered the Royal Street shop in search of a perfectly scaled gas light for one of his projects. Using a napkin sketch, the two designed the 21-inch French Quarter lantern that would become a staple for Town’s architectural designs and an icon in New Orleans.

Bevolo’s business had been in operation for more than a decade when Town visited that day. An Italian immigrant who moved to the United States during World War I, Bevolo learned the ins-and-outs of metalworking while employed at Ford Motor Company and then the Sikorsky Aircraft company. He moved to New Orleans during World War II to build boats at Higgins Industries, and opened his own metalworking shop in the French Quarter when the war ended.

Historic light fixtures from war-torn European cities, brought back to the states by G.I.s, would often find their way to Bevolo’s shop for restoration. To repair the fixtures, Bevolo used a hand-riveting technique borrowed from his background in aviation metalworking. The technique is more durable than soldering, allowing for the copper plates to expand and contract with temperature changes, and is still used at the shop today. “I spent most of my adult life in the aviation sheet metal game,” said Jeb Harrison, one of the company’s present-day craftsmen who handcrafts Bevolo lights. “This is just like building airplanes, only different.” Like Bevolo, Harrison also learned his mastery of the metalworking trade while working at the Sikorsky Aircraft company.

“We consider our company to be a part of living history,” said Drew Bevolo, the third-generation owner of the family business. With a quick glance inside Bevolo’s Museum & Showroom at 316 Royal St., it’s easy to see why. Inside the workshop, near the building’s Exchange Place entrance, local craftsmen stand at work tables and fabricate light fixtures the old-fashioned way. Behind the old work tables, vintage metalworking tools, artifacts and photographs hang from the wall in a living, working assemblage. Along the opposite wall, a small museum with photographs and artifacts explains the history of gaslighting and the Bevolo company. In the showroom, which is located across a courtyard near the Royal Street entrance of the building, an exposed brick wall with 40 gas lanterns fill the space with a captivating glow.

Since 1945, the company has moved locations several times throughout the French Quarter. “We’ve been on almost every block in the quarter,” said Brittnee Ulmer, Bevolo’s media manager. Today, the company has four facilities in the Vieux Carré. Next door to the museum and showroom is Bevolo’s interior collection at 318 Royal St. The adjacent buildings were both constructed in the 1830s and serve as an ideal backdrop for the company’s historically inspired lights.

Around the block at 521 Conti St. is a design showroom, sales office and production space housed in an 1850s Greek Revival-style building. Bevolo has occupied the Conti Street site the longest of all of its current locations. It became the company headquarters in 1972. A more recent addition is located up the block at 304 Royal St., which houses Bevolo’s mid-century modern collection. The retail space opened in 2016 and holds a collection of vintage lamps, handmade shades and other vintage and retro-inspired furnishings. Although the building has the appearance of a 19th-century structure, it is also mid-century – Vieux Carré Revival in style, instead of modern – and was built in 1957 as a reconstruction of the previously demolished townhouse that once stood on the site. 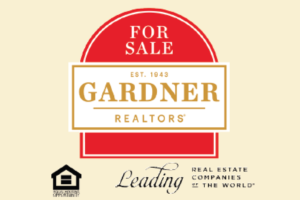 Like many who have experienced birthdays, graduations and special occasions in quarantine this year, Bevolo’s 75th anniversary celebration took a quieter turn from the typically lively New Orleans festivities. To mark the occasion, all Bevolo lights from this year forward will be stamped with a special makers mark, bearing the initials of the craftsperson who created it. “On our website, we have a link that outlines each craftsman and shows their mark, so people can go in and actually see who made their light,” Ulmer said.

Bevolo’s lights have become a fixture in New Orleans, and now illuminate buildings in all 50 states and around the world. Even during this difficult time, the company is finding a way to keep the lights on at their French Quarter operations. Bevolo’s retail locations closed their doors to customers during stay-at-home mandates this spring, and sales shifted to online and phone orders while craftspeople continued to build the lights under social distancing guidelines. The retail spaces have now reopened, with reduced capacity and masking to keep customers and employees safe. Although the number of walk-in retail visitors is far fewer than before the pandemic, Bevolo’s business continues to carry the torch as orders for their signature gas and electric lights ship around the world — especially as people staying at home look for ways to spruce up their living spaces.

Defying the odds of an ever-modernizing world, Bevolo Gas & Electric Lights has continued its tradition of old-world craftsmanship through 75 years and four generations of family ownership. “Although we are constantly evolving and developing to stay on trend,” said Drew Bevolo, “we believe that classic design and quality products never go out of style.” 1: Bevolo’s museum and showroom at 316 Royal Street was constructed in the 1830s and serves as an ideal backdrop for the company’s historically inspired lights.

2: Bevolo nameplates and hardware await to be affixed to new light fixtures. Photos by Liz Jurey.