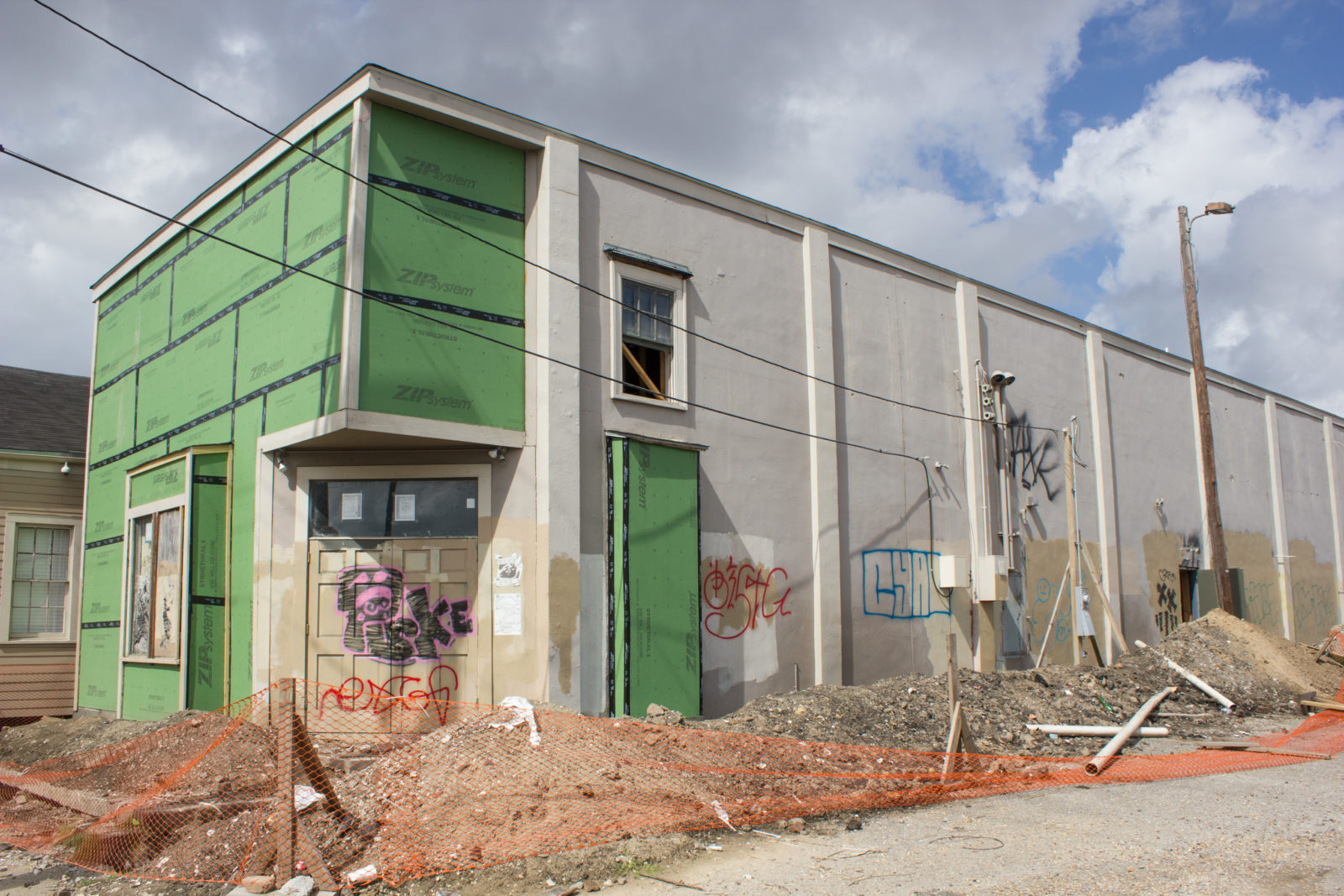 The unassuming  c.1893 building adjacent to the train tracks on St. Claude Avenue and Press Street is receiving a fresh coat of paint, a new kitchen, plus pool table and jukebox to spur creativity and keep employees happy as it is on the verge of opening as the corporate headquarters for three companies – Lookfar, Carrollton Enterprise Services and Entrepreneur Mortgage Finance – and will house a co-working space meant to serve as an incubator for tech startups. The renovation will prove an exciting addition to the revitalization along St. Claude Avenue But to fans of New Orleans rap and bounce mu­sic, the renovation is far more meaningful. From the 1980s through the late 1990s, Club Discovery (later Club Rumors) was a bumping night club and fostered many of the early DJs who ultimately gave rise to New Orleans’ quintessential hip-hop and bounce sound. The space featured two stories of party space, a restaurant, regular DJs and dance contests. Regular sets by popular DJs Captain Charles, Raj Smoove and KLC provided a soundtrack to dance contests while tal­ent shows allowed rising stars of the burgeoning New Orleans scene to make their mark. When entrepreneur Chris Reade first moved to New Orleans in the late 1990s, he brought an appreciation for rap music with him from New York City. By that time, the club’s heyday had begun to fade; the building was home to a mortuary by 2003. Reade purchased it in summer 2017 from the Preservation Resource Center, which had owned the property since 2009 and had gutted, stabilized and completed some exterior repairs before using it as a warehouse for construction materials. After researching the property and discovering how significant a role it played in the development of early New Orleans hip-hop and the unique New Orleans sound, he knew it was the right space for his companies to call home. In addi­tion to Reade’s personal interest in music, Lookfar had built multiple apps for bounce legend Big Freedia including one to combat obesity by using bounce as exercise and one focused on music nostalgia.

The building was dark when Reade first visited and he did not even notice Club Discovery’s dancefloor and mural, which the PRC (and the previous owner) had left untouched. The dancefloor was worn and has been patched and repaired to serve as a communal workspace with skylights, café tables and ample outlets for laptops. The street art style mural, which was marred with holes, is being lovingly restored by Elise Grenier of Grenier Conservation. The mural features space themed im­agery including possible eponym, space shuttle Discovery, alongside a UFO and the building itself. Some holes appear to be remnants of a light installation that will be recreated using LED lights controlled by an app. Reade has retained and improved these features intentionally “so if you’ve ever been to Club Discovery it will remind you of it. It won’t have changed as much as you would think.”

See the space and LED light installation in the refurbished mural at the PRC’s Beams and Brews: Renovators’ Happy Hour on Thursday, March 8. Club Discovery regular DJ Raj Smoove will spin a throwback set and beverages will be provided by Royal Brewery and Twelve Mile Limit. Click here to learn more and RSVP.