It took keen eyes for Michael and Elizabeth Magner to see the potential in the 1837 Creole townhouse that had been carved into a multi-family dwelling in the French Quarter. While it sat in the middle of a picturesque block, the masonry house was in serious need of repair — “an ugly duckling over a beautiful swan,” Elizabeth Magner said.

Ceiling heights had been lowered from nearly 14 feet to 8 feet. Some doors and windows had been bricked in, while others had been shortened. Layers of walls and floors had been added one on top of the other to cover up problems.

The attic had been cut off by the removal of the stairs leading to it. During her first tour of the house, Magner climbed onto a refrigerator to get to the square attic opening, climbed through it, and knew right away what she saw could become living space. There were high ceilings and cypress rafters joined with pegs.

Yet it was her glimpse of the courtyard through two ground-floor arches that sealed the purchase decision. “That was the view that sold me. That’s what I wanted,” she said. Transforming the property from four rundown rentals into a home that would fulfill the couple’s empty-nest dreams of living in the French Quarter took a good architect and the patience to see the nearly four-year, top-to-bottom restoration to completion.

The Magners had both.

Robert Cangelosi, Jr., president and partner of Koch and Wilson Architects, was practically on speed dial during the two-year house hunt before the couple bought the townhouse. They toured dozens of potential properties, “and they were beautiful. But they were somebody else’s vision of what the house should look like,” she said. “This one was in such poor condition that we could save it, and that was exciting.”

The Magners have done more than just save it. Today, the three-floor townhouse and its two-story attached dependency stand as a testament to restoration done right. Cangelosi’s plans for the 4,200 square feet married recreated historic elements — designed with “surviving, often concealed, evidence and typical architectural details of the period,” he said — with an updated layout.

“Most of the historic details had all been eliminated,” Cangelosi said. “It gave a lot of opportunities to respect the period of the house but put in all the amenities we needed for modern living in a historic structure in the Quarter.”

The house was constructed for Gilbert Leonard. A Plaquemines Parish judge from 1826 to 1845, Leonard purchased the land in two separate acts of sale in 1837 and 1838. He acquired one tract from Adelaide Ferrand; he purchased the other from his brother-in-law, Casmir Lacoste.

Leonard, who was married to Lacoste’s sister Charlotte, constructed a Creole townhouse that had “an alley leading to the cabinet gallery with a stair to the second floor, which was hall-less. There was an attached dependency,” according to Cangelosi, who researched the property’s history.

Leonard was killed in a duel in 1845, laid in state in the Louisiana capitol on Canal Street, and had a funeral procession attended by the governor, state and city officials, foreign consuls, Battle of New Orleans veterans and more, Cangelosi said.

In 1850, Charlotte Lacoste sold the house to Jean Avegno, president of the New Orleans and Carrollton Railroad. In 1853, Avegno advertised the house for rent, describing it as: “That spacious house and premises formerly occupied by the late Judge Gilbert Leonard, situated in Hospital Street, between Dauphin(sic) and Burgundy.”

Avegno died in the house in 1898. It remained in his family until 1907 when Eliza Brun acquired it. After several transactions, barber Sam Bruno bought the house in 1930, “modernized” it with the removal of its original Federal-style façade, and carved it up into multiple apartments, according to Cangelosi. Several more transactions ensued before the Magners bought it in 2014.

Elizabeth Magner, then chief judge for the U.S. Bankruptcy Court, Eastern District of Louisiana, acted as the renovation’s general contractor. She has since retired from the judiciary; Michael, a former federal prosecutor, still practices law with Jones Walker law firm. 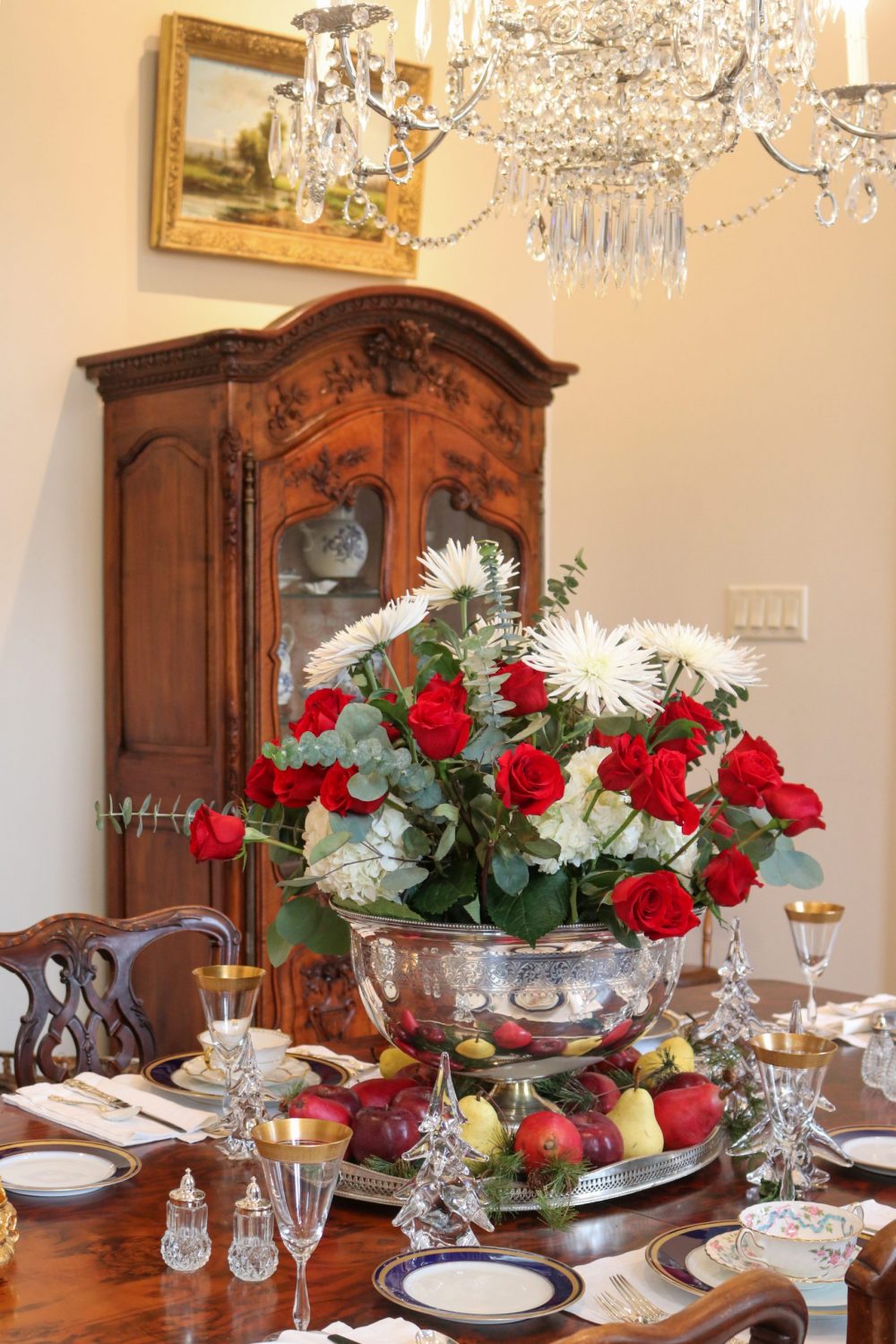 Magner said she could not have overseen the project without Cangelosi and a slew of wonderful subcontractors. “This was a happy job,” she added. “In three and a half years, I had three bad days.” That’s a triumph considering the project’s overwhelming scope of work: a “complete restoration, down to the foundation, brick and roof. We restored all the moldings, millwork, doors, windows, balconies, facades, inside and out,” Magner said.

First, all the bad additions had to be removed, a process that uncovered only four original windows and one French door. Everything else is new: “cornices, baseboards, floors, mantels, transoms” and more, said Cangelosi, whose drawings for the needed architectural details were based on period designs. They came to life thanks to Highland Millworks in Baton Rouge, which also milled the home’s new windows and doors.

There were happy discoveries during the demolition: French door openings in the dining room (six-over-six pane windows had been installed in their place), large arched openings in the second-floor stair gallery, beautiful beams in the dependency and cypress floors.

Too soft to walk on, the cypress floors were repurposed as ceiling planks for the attic and the dependency’s second floor, where the beams were saved. To regulate the rooms’ temperature, an air gap and radiant barrier were placed between the planks and slate roof above. “It’s all vented, and it works very well,” Cangelosi said.

Antique slate was used as flooring in the entry, the courtyard and the dependency’s first floor. The rest of the house features antique heart pine flooring. Magner worked with Stafford Tile on the renovation.

Before new elements could be added, the house had to be made structurally sound. Leo Suane of Suane Masonry — Magner now considers him family — spent 15 months with his crew repointing every interior and exterior brick. Father-and-son carpenters Tim and Chris Guidry and their crew leveled every floor joist, poured concrete and “installed every piece of woodwork in the entire house,” Magner said. “They reconstructed the shell of this house to its final condition…. They were invaluable at solving the challenges that such a large undertaking presents.”

Their work included constructing the new central stairway that almost appears to float as it ascends through the three floors. The stairs were one of the project’s biggest challenges, Magner said, and took 15 months to complete. “Because the stair had been removed, to re-install it, it had to be to code for fire and safety,” Magner said. “Because you had a finite start-and-end point, and because originally those stairs were not made to code, it took some work to fit it back in.”

Historically, the floor plan in a home like this would have featured public spaces on the first floor, bedrooms on the second floor, and the kitchen and service areas in a detached dependency. Now, the first floor contains a foyer with an elevator, the primary bedroom suite, a utility room and a guest suite in the attached dependency. Its French doors open to the courtyard, where there’s a pool, a French fountain and lush landscaping.

The central stairs lead to the second floor, where the stair gallery has space for an antique desk that looks out to the courtyard through the arched windows. Two French doors with transoms connect it to the living room where a crystal chandelier Magner found at an auction takes center stage.

“The second floor was really designed to entertain,” she said. “We love to have people over for dinner.”

The dependency’s second floor contains a powder room and another guest suite, while the third-floor attic holds Magner’s office, two twin beds, a bathroom and storage.

Asked her favorite part of the house, Magner was quick to answer. There are the vignettes from the various windows, the way the floor plan works for the couple, the house’s location near one of the French Quarter’s parks for their dogs, Beinville and Toulouse, and so much more.

“I love it all,” she said. “Robby did such a beautiful job. I just can’t tell you how happy Mike and I are here.”