This story first appeared in the October issue of our Preservation in Print magazine. Become a member of the PRC to get an issue delivered to your door each month!

During the first half of the 19th century, the Dollioles and Souliés — two gens de couleur libres families —amassed great wealth by building, owning and managing real estate in New Orleans. Through their entrepreneurship, these two families became pillars of their communities, exerting a measure of control by free people of color not seen in other cities in the United States.

As an architectural historian, I have spent the past 15 years studying the buildings erected and commissioned by the gens de couleur libres in New Orleans. My research, though, focuses on more than just the buildings. It also explores the people behind the architecture.

A native of Lafayette, I became fascinated by the Dollioles and Souliés while studying Louisiana and African-American architecture in graduate school. I have used these two families as case studies to illustrate the profound influence that the free people of color had on the physical growth as well as the cultural and socio-economic development of antebellum New Orleans.

On Oct. 6, I will share my research in an exhibit and talk on “The Free People of Color Who Built Early New Orleans” at the Preservation Resource Center.

How did these families—and other gens de couleur libres in New Orleans—amass wealth? They did so through a three-fold process that I found strategic and purposeful: through real estate ownership, engagement and entrepreneurship. The act of ownership was often the first step by which many builders and developers of color established their place in antebellum New Orleans. They primarily came in to possession of property by birthright or by contract.

Louis Dolliole, for example, arranged for his children to receive and purchase property that he owned during his lifetime and at his death. The Dollioles circumvented legal limitations on the ability of mixed‐race children to inherit property from their white fathers by purchasing property independently of one another and then combining it amongst or dividing it between themselves.

The Souliés, on the other hand, bought property from neighbors and strangers, working together as a family and individually to obtain real estate in such large numbers that they created their own birthright. The Creole architecture of New Orleans is one of its most significant character‐defining features and was greatly shaped by the gens de couleur libres. Jean‐Louis and Joseph Dolliole, for example, were among those builders who perfected the Creole cottage, increasingly adapting the form to unique property situations. Bernard Soulié also contributed to the continued use of the Creole cottage building type in the 1830s.

Norbert Soulié built only one known Creole cottage and, even so, modified the roof form and scale. Instead, his repertoire consisted primarily of Creole townhouses and Anglo‐influenced rowhouses. He also teamed with his first‐cousin Edmond Rillieux in 1831 to begin construction of the Greek Revival Louisiana Sugar Refinery.

While the Dollioles and Souliés had varying approaches to architectural form, they all worked more or less in vernacular styles and, through varying means, responded to the need for increased housing in a diverse and changing urban environment. 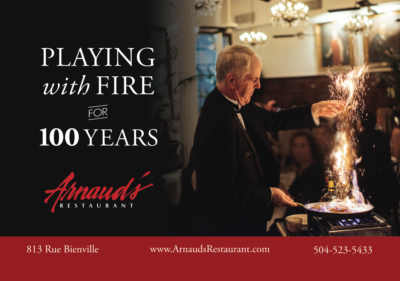 As entrepreneurs, the Dollioles and Souliés managed real estate activities with considerable initiative and risk. The family members were born free, had marketable skills as builders and developers, and gained reputations in the white Creole and Anglo communities via their familial associations and clientele —traits that allowed them to acquire wealth and financial security and have substantial control of the built environment.

Their privileges as free men affected their professional lives, allowing them to own real estate, enter into business contracts, lease/rent property and trade on the open market.

Examining the activities of gens de couleur libres property owners, builders, developers and speculators, I have drawn the following conclusions:

My findings are applicable to any number of antebellum gens de couleur libres families of builders and land owners. The Dollioles and Souliés are but two of the many that claimed self and privilege through the built environment and created a lasting impact on New Orleans’ architectural heritage. Though hardly recognized as such, they were indeed architects — planners and creators — of an architectural legacy without which there would be no New Orleans and of an architectural identity that is central to the struggles and tensions inherent in American architecture.

The Free People of Color Who Built Antebellum New Orleans

What: An exhibit and presentation by University of Texas at Austin lecturer and architectural historian Tara A. Dudley showcasing the gen de couleur libres who built and owned property in 19th century New Orleans.

Presented in partnership with the New Orleans Master Crafts Guild. Made possible by support from The Bentson Foundation.

Jean Soulié (1760-1834) and Eulalie Mazange (ca. 1772-1825) were the progenitors of the Soulié family in New Orleans. Jean Soulié was a white Frenchman who immigrated to New Orleans. He was a freemason, a member of the New Orleans militia, and held the position of alderman and served as City Recorder in the New Orleans municipal government for several terms.

Eulalie was born into slavery but freed in 1784. She and Jean Soulié had 10 children, eight of whom lived to adulthood. While the three younger Soulié sons — Norbert, Albin and Bernard — became influential builders in New Orleans, all the children owned and managed a significant amount of property, including eldest brother Lucien and sisters Eulalie, Louise, Celeste and Coralie. The Souliés acquired considerable wealth by using their properties for speculation and as rentals, placing them amongst of the wealthiest gens de couleur libres as consistently illustrated in marriage contracts, property values, credit ratings, tax registers and estate files.

In 1831, Norbert and his cousin Edmond Rillieux were contracted to build the Louisiana Sugar Refinery. After some type of conflict regarding the project and disagreements between refinery head Edmund Forstall and cotton factor Vincent Rillieux (Edmond’s father and Norbert’s white “uncle”), Norbert, Lucien and all four Soulié sisters left New Orleans for France in 1832.

Bernard and Albin oversaw their absentee siblings’ properties and became the family’s dominant landowners. Albin moved to Paris in 1845. Bernard Soulié was the last of his siblings to leave New Orleans in 1875 to return to the country of their father’s birth and reside permanently in France. The Dollioles were wealthy homebuilders who exerted control in their relationships with other gens de couleur libres. They had familial ties to other builders and often served as estate appraisers and executors. With the exception of Pierre, who died in 1822, the children of Genevieve and Louis remained in New Orleans their entire lives. Jean-Louis’s son Louis Drausin Dolliole (1812-1864) and stepson Emile Errié (1811-1866) both were builders and formed a partnership in the mid-1840s and 1850s. Louis Dolliole’s line died out; the sons of Pierre, Joseph and Jean-Louis did not have male offspring.

Louis’ brother, Jean‐Francois Dolliole had a long-lived relationship with a woman of color—negresse libre Catherine. Between 1799 and 1816, they had four sons—Etienne Adam, Louis Laurent, Joseph Pantheleon and Edmond. While these men did not own nearly as much property as their first cousins during the antebellum period, it is this branch from whom Dolliole descendants currently living in New Orleans descend and who have perpetuated the family’s involvement in the building arts and in community service. Etienne (1809-1971) was a mason, and Edmond (1816-1894) was a carpenter. Etienne’s great-grandson Milford Dolliole (1903-1994), a world-famous jazz trumpeter, was also a renowned plasterer in New Orleans.