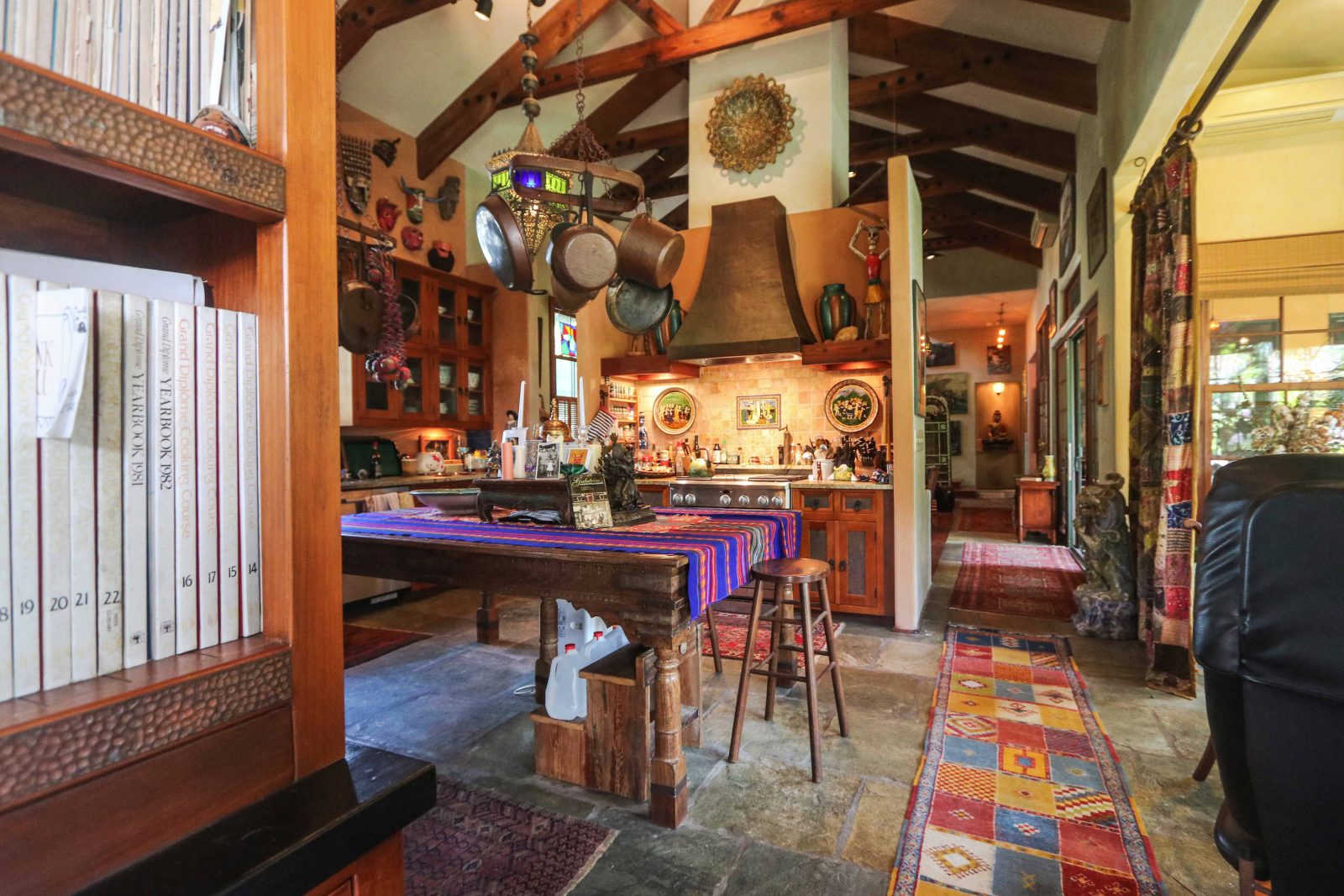 Visitors usually ask New Orleans developer Pres Kabacoff about the age of the Bywater home he shares with his wife, Sallie Ann Glassman. Perhaps because of its thick wooden posts, its louvered shutters or its double-gallery front porches, they often think it is an older structure.

In reality, the two-bedroom, two-bath house is just 10 years old.

Already residents of the Bywater, Kabacoff and Glassman undertook its design and construction post-Hurricane Katrina to create an eco-conscious and globally artful abode that would be as stormproof as possible.

“When Pres first said he wanted to build a house, I said, ‘If I am going to move, the house has to be completely green, and it has to be the safest place to be in another storm’,” Glassman said in a 2017 Times-Picayune article about the home.

A preservation-minded developer who leads HRI Properties, Kabacoff is known for his conversion of former factories and warehouses into living spaces, the largest and most notable of them being The Cotton Mill. The buildings’ restorations in the 1980s and 1990s helped establish New Orleans’ Warehouse District as a residential neighborhood.

Yet, for himself and Glassman, Kabacoff decided to build a new home instead of renovating an existing house because “I wanted to get exactly what I wanted,” he said, noting his desire for an “indoor-outdoor house that you can track mud in and still feel comfortable.” 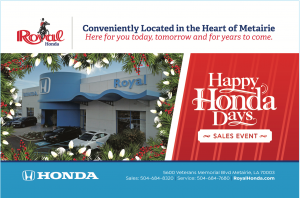 In considering the home’s design, Kabacoff bought more than 100 books filled with photos of architecture and interiors from around the world.

He’d tear out, for example, 25 inspiring kitchens, “put them in an envelope, and say ‘when we start thinking about kitchens, design team, this is the feeling that I like and the motif,’ ” he said, referring to HRI staff members Michael Albracht, Connie Bellone and the late Gary Meadows, who designed and constructed the house.

Interior designer Marty Leatherbury also was instrumental in the decision-making process, serving as clerk of the works on the design and construction. “She had spent time in Southeast Asia and introduced me to Balinese home designs and furnishing,” Kabacoff said.

During his own travels to Cuernavaca, Mexico, Kabacoff said he discovered “the beauty of open courtyard homes and particularly the work of Luis Barragan,” a Mexican architect and engineer known for his use of bright colors and courtyards.

Yet most important to the house’s design was the book “A Pattern Language” by Christopher Alexander, Sara Ishikawa and Murray Silverstein. The 1977 architecture book discusses even the most minute construction details, such as making sure porches are at least six feet wide to allow for a dining table and comfortable seating.

“It influenced every decision I made,” Kabacoff said. “Building a house is intimidating.…There are a thousand different decisions you have to make, and it guides you through it.”

Kabacoff describes the home as an eclectic design that combines a Bauhaus square on one side of the main entry. On the other side, there’s a “front-loaded camelback,” that creates “a single-room-deep, cross-ventilated, open courtyard, indoor-outdoor environment,” he said.

The house took shape on two vacant shell lots in an unrushed process that took more than three years from “idea to completion” and was Kabacoff’s therapy from Hurricane Katrina, he said.

Once the site of a hardware store, the lots are adjacent to 1920s structures that were once part of a garment factory where A Confederacy of Dunces author John Kennedy Toole worked, according to Kabacoff. In 2008, HRI Properties turned the 41,000-square-foot manufacturing space into the Bywater Art Lofts, 74 affordable apartments for artists.

Kabacoff and Glassman’s house shares a cinderblock wall with the Art Lofts. That wall became “the frame for a large central courtyard with the L-shaped house wrapped around the pool, pond, patio and a yard filled with a globe-trotting landscape,” the 2017 Times-Picayune articles states.

The large wooden front doors — made in Alabama and featuring Glassman’s designs for voodoo tarot cards — open to a wide foyer, which looks out to the wraparound rear porch whose overhang is supported by thick wood posts made from salvaged beams.

To the left — in the Bauhaus section — is the master suite. There, the master bedroom’s view of the pool and pond is framed by an arch of orchids.

To the right is the front-loaded camelback, which features a guest bedroom and bathroom downstairs, and a screened sleeping porch, Glassman’s studio and the Moroccan-inspired rooftop terrace upstairs.

Back downstairs, the main living space encompasses one room that is divided into three areas. There’s an office area with built-in bookcases tucked under the floating stairwell. The living room and the kitchen are separated by a central free-standing fireplace.

The kitchen, like the rest of the home, reflects the couple’s global travels. The copper range hood, cabinetry panels, sink and cookware were inspired by Patzcauro, Mexico, while the overhead lamps came from Morocco. An oversize Portuguese farm table Kabacoff bought at auction became the kitchen island, necessitating an extension of the kitchen.

The craftsmanship of the home’s windows was inspired by Kabacoff’s study of A. Hays Town. The late Louisiana architect believed windows should have mullions to individually frame exterior views.

Those windows, doors and transoms stay open “until it gets too cold,” Kabacoff said. That’s because the couple doesn’t use air conditioning, even though the house has it. (They do use heat in the winter.)

To help keep the house cool, there are pre-A/C measures: cross ventilation, attic fans and the sleeping porch. The living room’s cathedral ceiling has fans.

The walls are constructed of American clay, an adobe-like material that absorbs moisture from the air and helps with the house’s humidity. Some of the floors are Chinese roofing slate, which stays cooler. (The other floors are wood).

Window screens and mosquito control in the yard keep bugs away. Rain barrels collect water, and solar panels provide power. There are garden beds and potted fruit trees on the rooftop terrace. 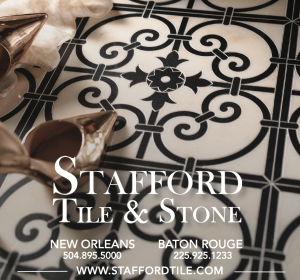 Building a new house also gave Kabacoff and Glassman the chance to “get carried away with putting art everywhere, indoors and out,” he said.

“Spirituality, eroticism, surrealism are all imbued into the design and the yards,” Kabacoff added, pointing to Glassman’s altars in the foyer and the couple’s many items celebrating global faiths.

The artistic touches start with Glassman’s exterior color choices: A combination of purple, orange and green cover the stucco walls. “She’s an artist, and we have an art house,” Kabacoff said.

A statue of a barefooted Papa Legba, a Haitian spiritual symbol, sits on a geometric railing above the wide-staired entry into the house. It was sculpted by John Herasymiuk, who also created other exterior sculptures. Among them are the lap pool’s 2,000-pound Gaudi-esque gecko (its mosaic skin was done by Laurel True) and the roof garden’s eight bird sculptures. (They were inspired by a Brazilian artist.)

There’s even interactive art: a carved relief of Allen Toussaint. When passersby scan a QR code found outside the garden gate, it plays music from the late musician’s “Southern Nights” album, a favorite of Kabacoff’s.

The interior is filled with artwork from Mexico and Haiti, pieces by Mississippi artist Walter Anderson and Glassman’s vibrant photo-natural realism paintings. Several fill the stairwell leading to her light-filled, second-floor studio, which she described “as my sanctuary where I can just disappear.”

For the couple, the decision to build was the right one; it gave them a visually fascinating retreat they still love.

“Pres and I both lead really public lives. I have a shop where I see hundreds of people every day, and they tell me every intimate detail of their personal issues,” said Glassman, who owns the Island of Salvation Botanica, a spiritual shop in the New Orleans Healing Center, a community center housed in a former furniture store building that Kabacoff and Glassman renovated after Hurricane Katrina. “This is where I go to get away from all that and be with my spirits and replenish my own spirituality.” 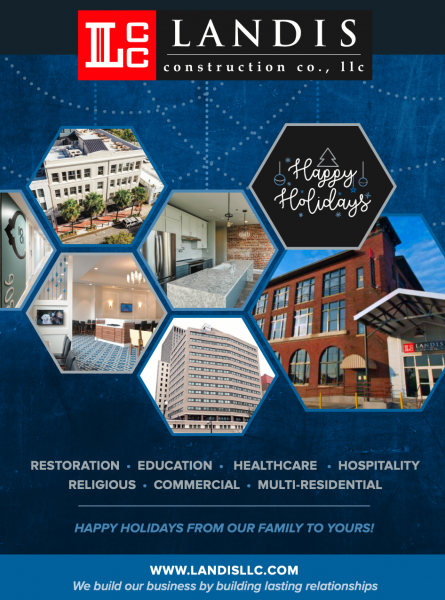 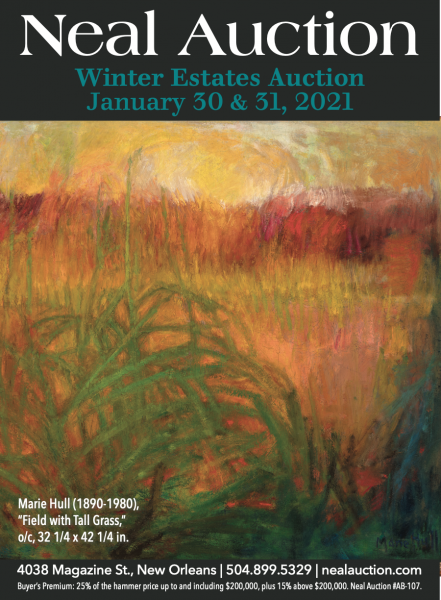