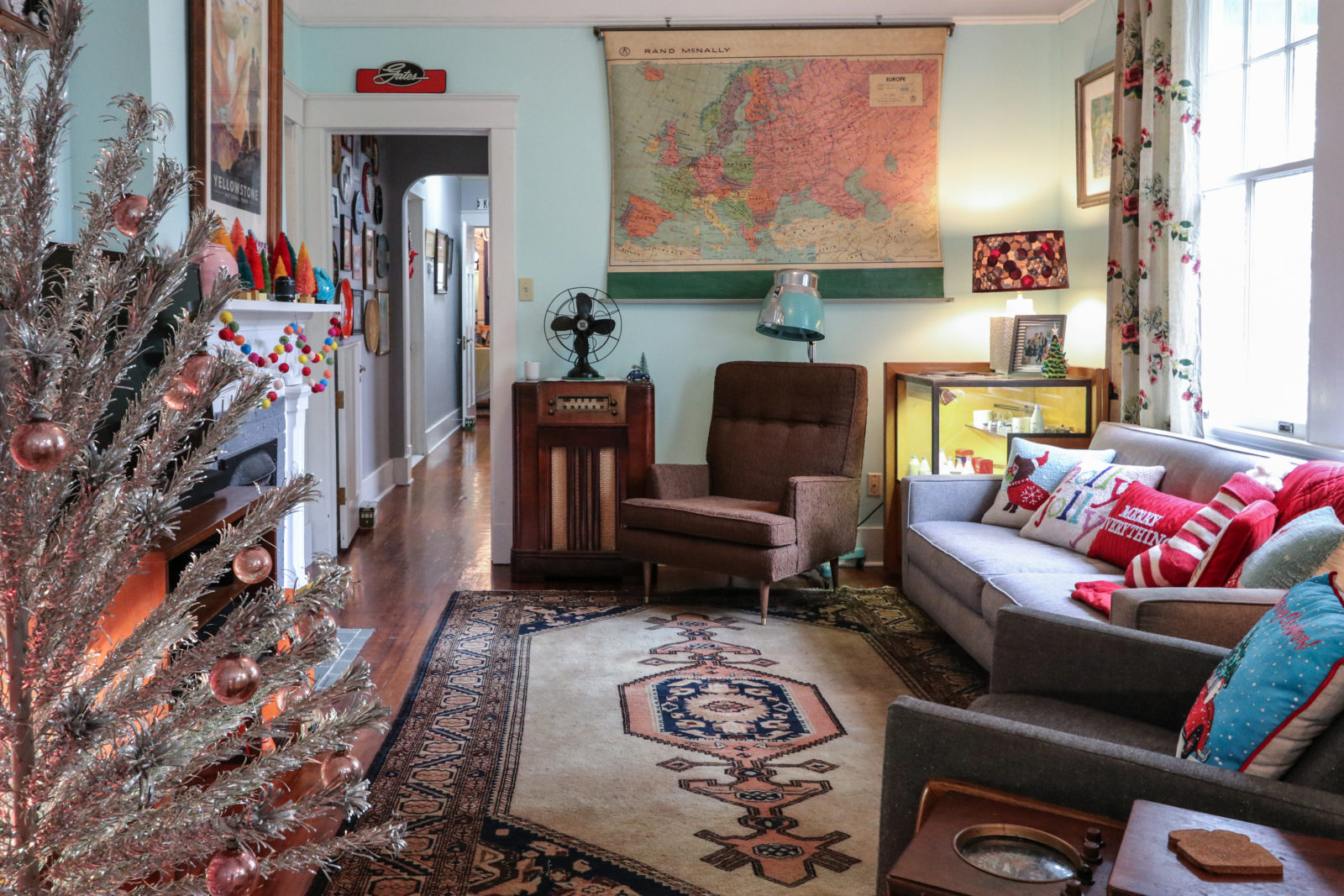 Erika and Robert Gates’ Arts-and-Crafts-style raised double shotgun is often called the museum, thanks to the variety of historic and vintage items found within its walls. “We’re collectors and big estate sale people,” Erika said. “We collect what we love and gravitate toward.”

The Gates’ renovation of 1117 Third St. created a three-bedroom, two-bathroom home that works for modern living but speaks to its time with period appropriate finishes. “So much of my decorating challenge has been how to creatively display all these items in a comfortable and reasonably organized way,” Erika said.

The house sits on a parcel of land originally with a 2521 Magazine St. address that in 1919 was subdivided into four lots by Frank Fazzio. In 1924, George Henry Hainkel Jr., a landlord and master plumber, built the double shotgun house — which then bore the address 1115 and 1117 Third St. — for himself, his mother, Louise Faivre Hainkel, and his sister, Olivia Louise Hainkel — moving the family from the Irish Channel into the Garden District.

The 1115 side was listed for rent in classified advertisements in The Times-Picayune in 1925 and 1935, describing its multiple rooms, private bedroom, tiled bath, garage and other modern amenities. After Hainkel moved to 1208 Second St. in 1942, he continued to lease the double shotgun to tenants for many years. He passed away in 1975, but his family kept the property until 1995, making this the fourth family to own the house. 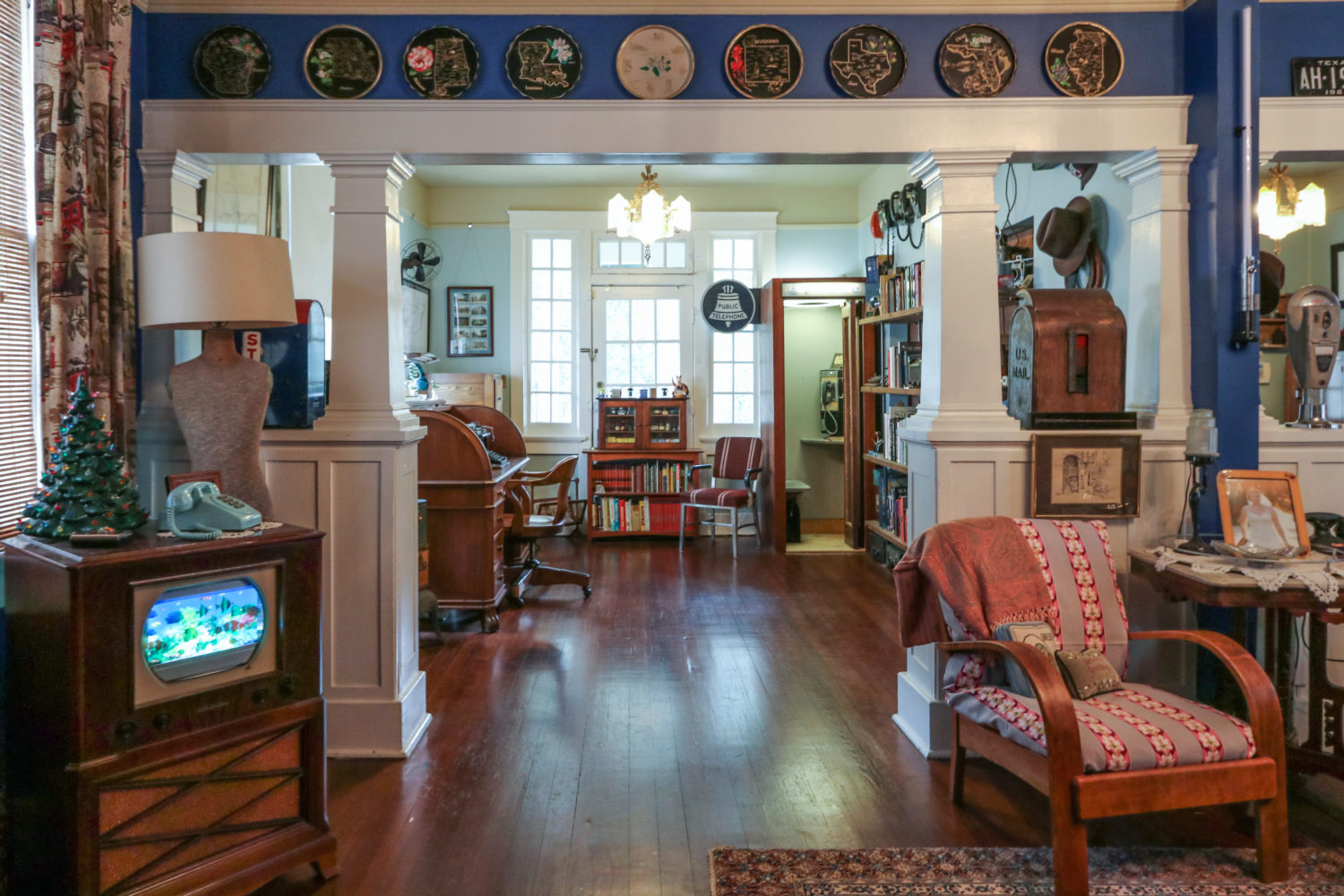 The clapboard’s blue color was inspired by an original hue used in the interior, which features picture railings along the 10-foot ceilings. The front rooms’ original built-ins with double columns and six-pane doors are Robert’s favorite feature in the house. The fixtures are filled with vintage telephones, books and other collected pieces. Near one stands a Sheaffer display cabinet holding Robert’s extensive fountain pen collection.

After Hurricane Katrina, the previous owners began renovations to create a single-family residence. Multiple walls were removed to create the new layout. A portion of the wall between the two front rooms came out, although the couple placed shelving and a dry goods cabinet in the opening for more display space. The 1115 hallway was incorporated into the third bedroom, which Erika uses as a sewing room. Original bump-outs — visible from the side elevations — give the bedrooms needed square footage.

The hallway from the 1117 side was kept during the renovation. It contains an original phone nook and art of the St. Charles Avenue streetcar line. The couple got engaged on the No. 922 car, and “will buy anything” bearing its image or number, Erika said. The hallway connects the front rooms and parlor to the living room, originally 1117’s master bedroom. A breakfast room and kitchen were removed by the previous owner to open up the space.

After walls were removed and rooms made larger, financial difficulties stopped the previous owners’ renovation project. Erika’s family purchased the property in 2011, drawn to its location and need for further renovation. Doing much of the work themselves, the couple’s biggest challenge was “working with the floor plan the previous owners established and making sure it appealed to modern living, but also respected the period of the house,” Erika said. 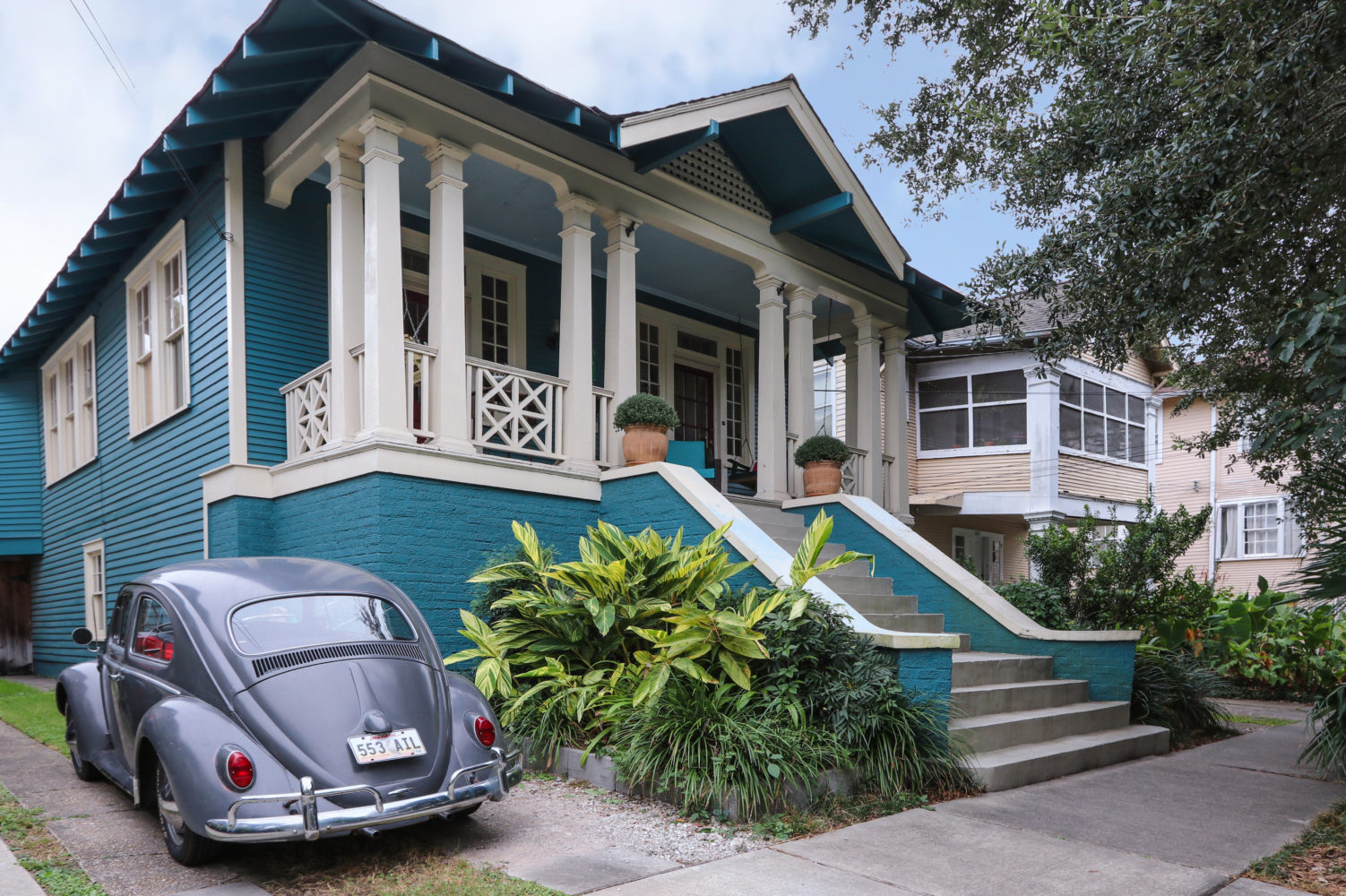 They turned the breakfast room from the 1115 side into the master bedroom’s closet. To create a bigger kitchen, they moved it to the 1117 side. A back door was added to give direct access to a new patio and the backyard, which contains an aluminum phone booth. A wooden one — once part of a bank of booths in a local hotel —– can be found in the home’s office.

The kitchen’s other door leads to the basement, which now houses Robert’s workshop and is where the Gates found the office’s 400-pound roll-top desk. The basement also contained the house’s original clawfoot tubs and kitchen sinks, which the couple had restored and reinstalled as part of the bathroom renovations. In the master bath, they closed off its door to the hallway to create an ensuite space and repurposed the original kitchen sinks for a double vanity.

About a year ago, they added a fun feature to the house’s streetscape: a Mardi Gras bead box, Robert fashioned from a former French Quarter pay phone kiosk. Erika’s work as a tour guide — in addition to her preservation consulting business — sparked the idea. “I see people picking beads off the ground or out of trees all the time, and we have so many perfectly good beads just sitting around at home,” she said, encouraging her neighbors to recycle their beads and share them with our visitors all year round. 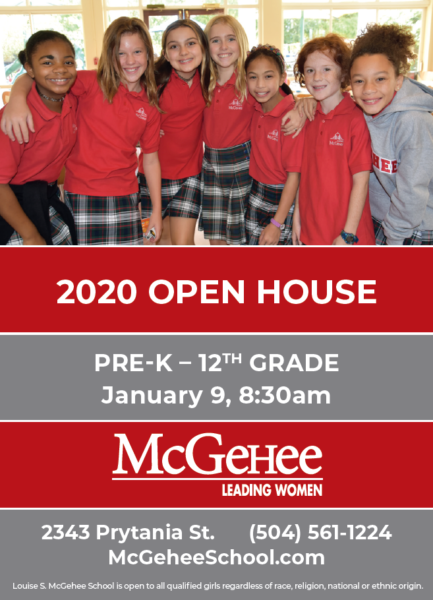 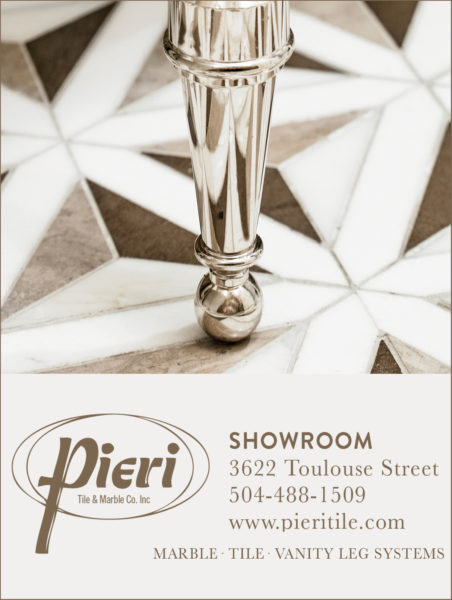