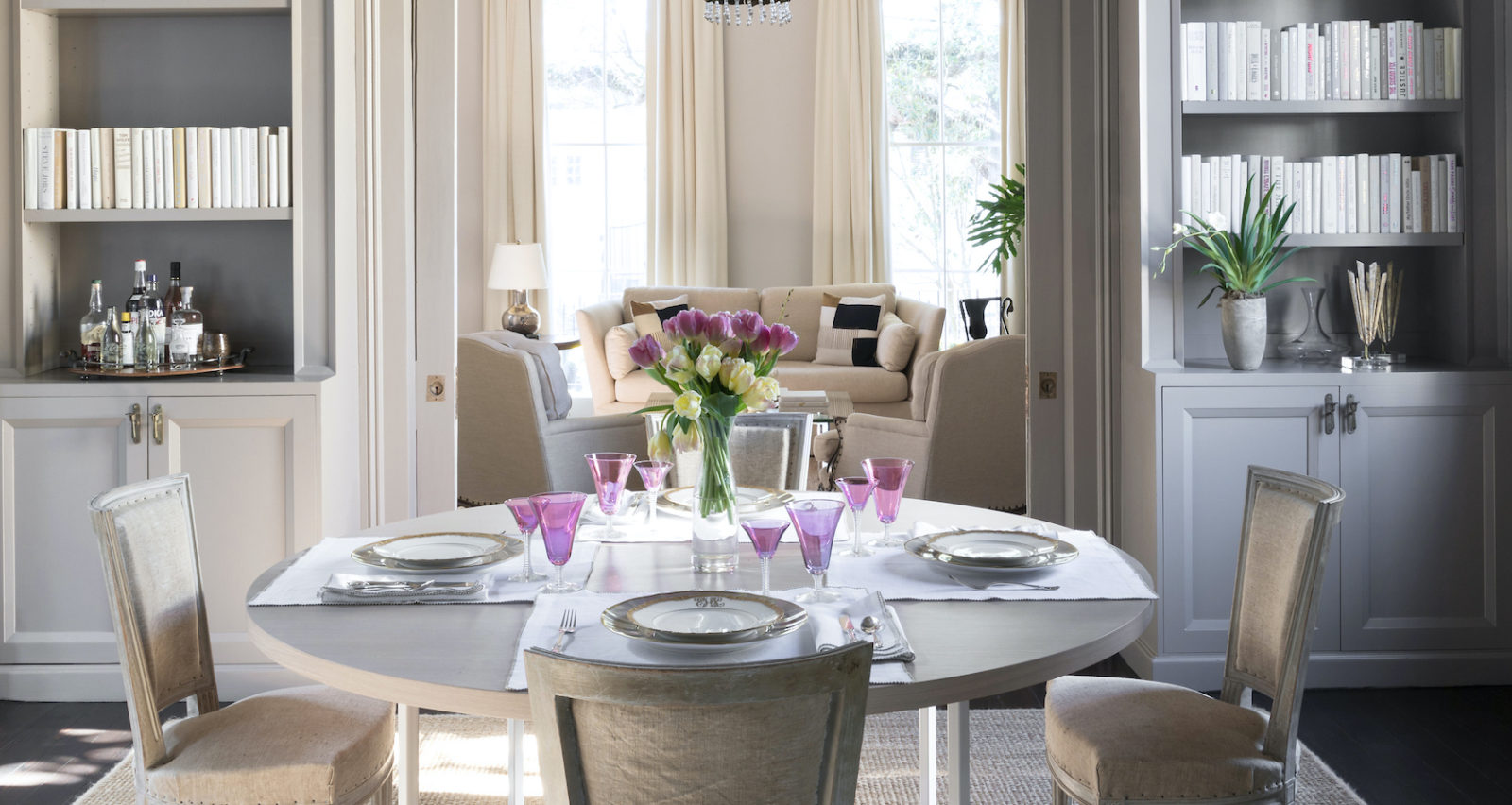 Tune in to the virtual Shotgun House Tour on August 23 for a virtual tour of this home and Q&A session with the homeowners, contractors, and designers who make the space come alive. Learn more & register to join the discussion!

When Adam and Elizabeth Keckler started house hunting in their adopted city — he’s from Dallas; she grew up in Jackson, Miss. — they specifically looked for a shotgun. “We wanted something older we could put our own touch to,” she said.

Elizabeth and her mother found the perfect match one Sunday afternoon when they happened upon an Italianate bracketed shotgun just steps from Magazine Street. The 1890s house was exactly what the couple wanted. The location was right: in a thriving walkable neighborhood similar to the one in New York City where Elizabeth lived when Adam proposed. Yet, it also felt quiet and was set amongst friendly neighbors.

“We knew we had room to grow. We knew it was a jewel of a find,” Elizabeth said of the property that came with a massive magnolia tree and a double lot. The couple purchased the home in 2009 and lived there seven years before undertaking an extensive renovation and addition project, which was named the 2018 Renovation of the Year by New Orleans Homes & Lifestyles magazine.

“We were committed to honoring the historical feel. At the same time, we wanted to create clean lines throughout to highlight the details of the old architecture,” Elizabeth said of the year-long project, during which they lived in French Quarter.

The couple needed the right team to help them create their vision. They turned to architect John Weaver, a family friend who’d worked with Elizabeth’s parents on projects, and contractor Will Erickson of Yazoo Restorations. He had “an exceptional eye for design and details,” Elizabeth said.

The new design kept the shotgun’s original layout intact and turned what had been an exterior side porch into a glassed-in hall that connects to the new two-story addition. Together, they form an L-shape around the side yard.

The hall’s custom floor-to-ceiling windows were milled to operate like the original ones. “I knew when we started the renovation it was all about the windows,” Elizabeth said. “They were a labor of love and definitely one of the more costly items during our project. But you can’t put a price on natural light.” 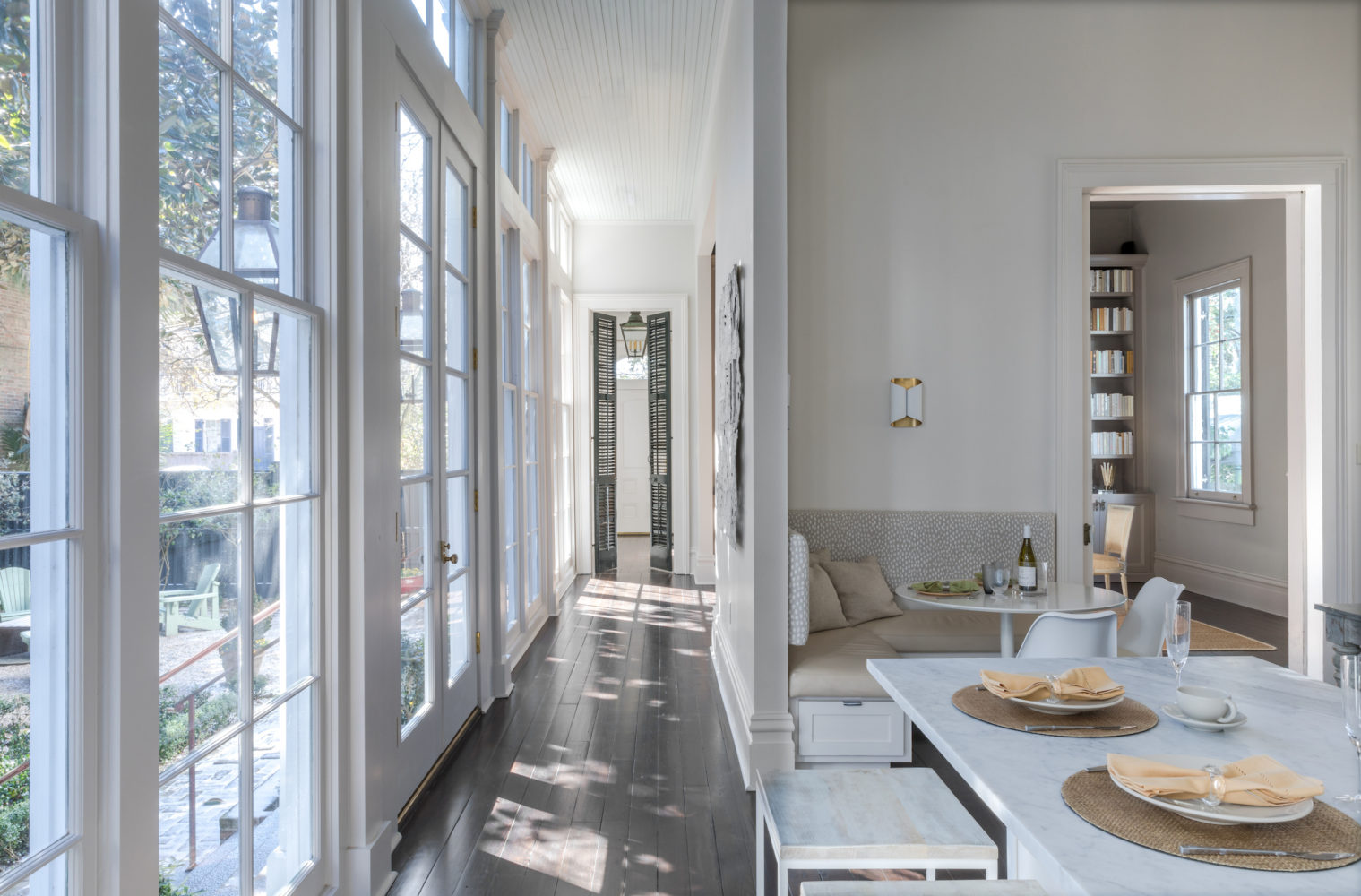 To maximize the natural light, casings in the dining room and kitchen that open to the hall were purposefully lifted. In the morning, “it almost feels like the yard is being invited in with the sun. It’s absolutely magical,” she said.

Elizabeth relied on her mom and sister — both have an “exceptional eye toward design,” she said — to help with the décor, which mixed contemporary and antique pieces with curated artworks. A self-described minimalist, Elizabeth’s design plan was to “choose an inspiration for a room and keep the rest simple,” she said.

In the dining room, an antique chandelier hangs over a simple round table. The neutral-toned books in the existing built-ins — ordered from New York City-based Strand Books’ Books by the Foot service — make a striking statement.

A large antique island found at Antiques de Provence became the basis for the bright kitchen. There, a laundry closet and corner fireplace were removed to make way for the refrigerator and an informal eating area. (The fireplace mantel was repurposed in the master bedroom.)

A kitchen doorway was removed so the shotgun’s second bedroom could be accessed from the new hall. What had been the house’s only full bathroom was updated to make it an en suite for the new guest space.

The original master bedroom became a cozy library, with a curved sofa in the bay window and built-in bookcases. Repurposed shutters from the side porch were hung to provide a sense of separation from the hall. On the other end of the hall, a second set of shutters separates it from the foyer.

The addition contains a laundry room and office – neatly tucked under the curving stairway – a guest bedroom and bathroom, and a comfy family room on the first floor. On the second floor, there’s a petite nursery accented with Serena & Lily wallpaper.

Tucked behind French doors found at Ricca’s Architectural Sales, the master suite was designed to feel like “a cloud,” Elizabeth said. The suite’s hallway contains a built-in bar inspired by the 1 Hotel South Beach. 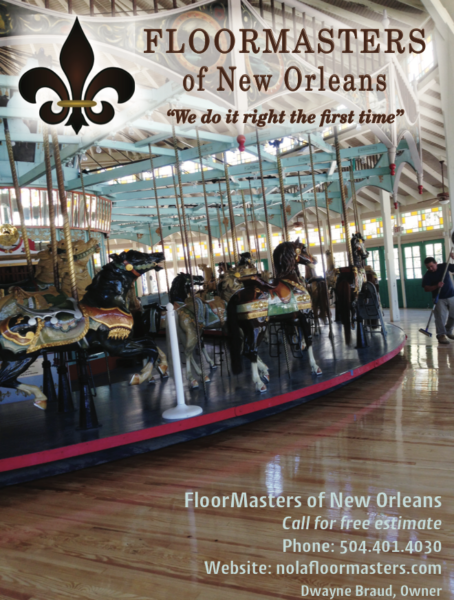