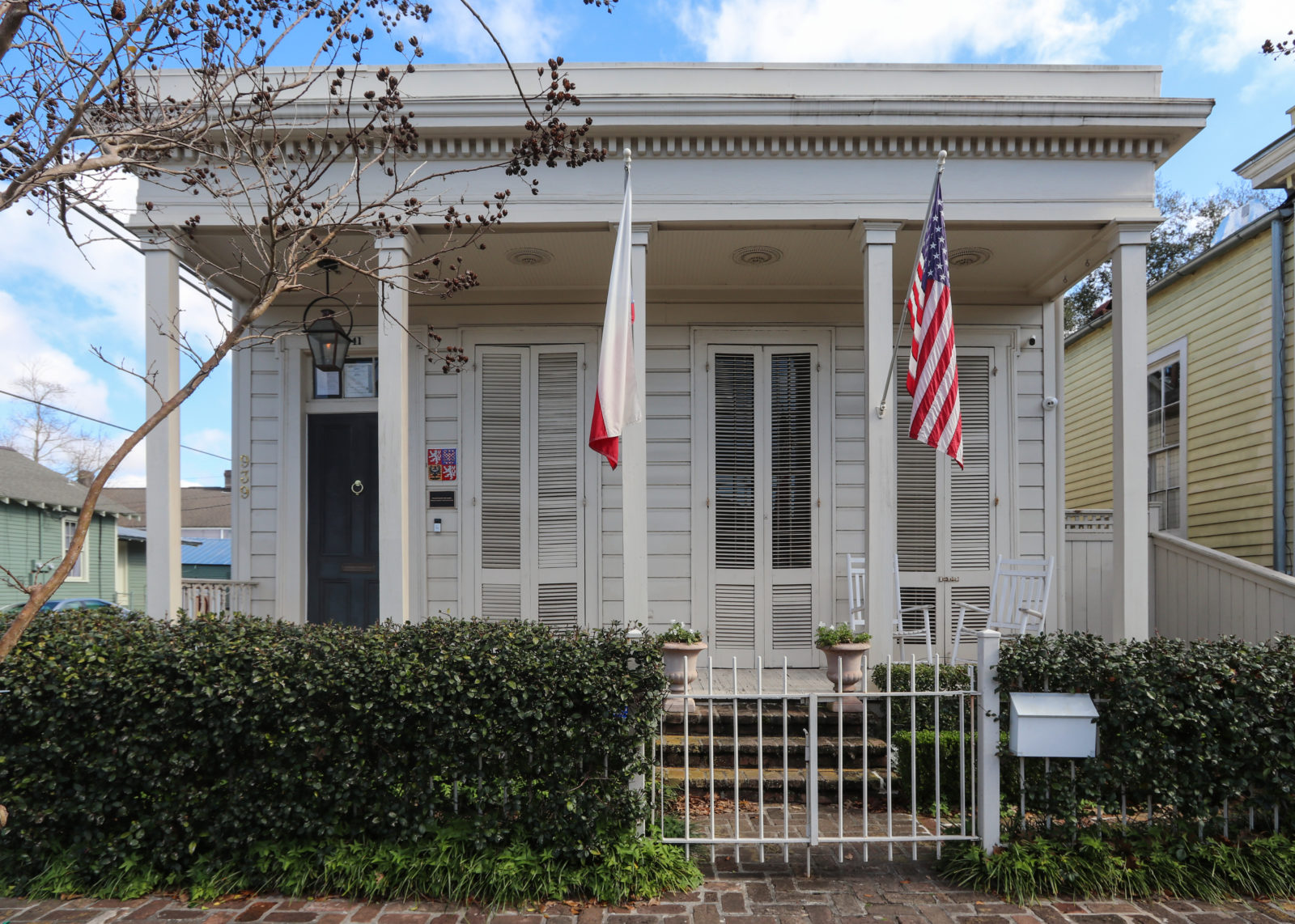 Tune in to the virtual Shotgun House Tour on August 9 for a virtual tour of this home and Q&A session with the homeowners, contractors, and designers who make the space come alive. Learn more & register to join the discussion!

Nearly every renovation comes with challenges. For Martin and Taylor Pospisil, who are in the midst of a gut-renovation to their Greek Revival double shotgun, the biggest challenge was creating just the right floor plan.

They wanted a layout that “worked for our family of four but at the same time kept the character of this beautiful home,” said Taylor, who works for Broadmoor LLC and is chair of the PRC’s 2020 Revival Gala, the 43rd annual Julia Jump. “We also wanted to create a house that had a good flow. This is sometimes difficult when you are working with a shotgun.”

The 150-year-old home’s new layout will include large entertaining spaces, a necessity given Martin’s role as Honorary Consul of the Czech Republic. (The house serves as the Czech Consulate for Louisiana, Mississippi and Alabama). There also will be more spaces for the family, including 5-year-old Olivia Rose and 3-year-old Charlotte, to enjoy.

The Pospisils purchased the 150-year-old shotgun in 2014 and did some cosmetic changes. It was unique in that it was divided at the time into front and rear residences, as opposed to two sides, Taylor said. They rented the 1,200-square-foot rear apartment to a long-term tenant.

With the need for more space and the desire to live in a home “that truly reflects the unique architectural beauty of New Orleans,” Taylor said, they chose to renovate instead of move. The home’s location near the girls’ school and Taylor’s parents helped fuel the decision.

When the project is complete later this year, the new layout will include four bedrooms and three-and-a-half bathrooms, along with a separate-entry guest suite. It will include a bathroom and bedroom with a wet bar, designed for visits from consulate guests and Martin’s mother, who lives in the Czech Republic.

“It’s going to flow like a shotgun house,” Taylor said of the new layout. 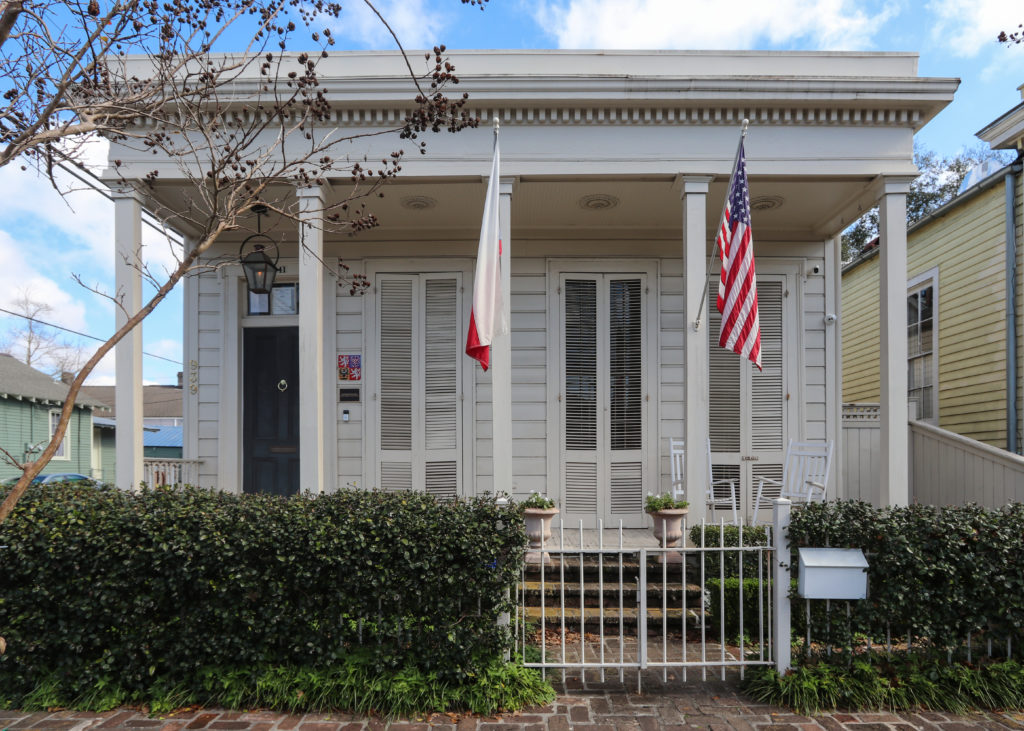 In the front two rooms, a freestanding chimney will be removed to create a large formal double parlor. The bricks will be repurposed for the patio fireplace being designed by Michael McClung of Four Seasons Landscaping. His landscaping plan maximizes the patio for entertaining and off-street parking when needed.

The parlor’s two shouldered architrave door surrounds will remain, but the original — yet drafty — pocket doors will be removed. They’ll become a wall of paneling in the formal dining room on the left front side. A hidden door in the paneled wall will open to the couple’s master bedroom and bathroom.

On the right side, the breakfast room adjoining the kitchen will include floor-to-ceiling cabinetry for additional storage. An upstairs bedroom and bathroom — accessed by stairs in the breakfast space — will become an office for Martin, who also has his own consulting firm, VGP, LLC.

The kitchen will be renovated and expanded slightly into the rear of the home, where the existing library with built-in bookshelves and bar is being updated. The Popisils are adding a powder room to the space.

The former apartment will contain a family room and the guest suite downstairs. Upstairs — created when the previous owner added a camelback addition — will contain their daughters’ spaces: a shared bedroom, a playroom that can be converted to a bedroom when they’re older, and a large bathroom. It will have a separate tile-covered shower room with a tub designed by Chrestia Staub Pierce.

The couple is making smart use of existing historic elements. All of the wide-plank bargeboard floors in the library, master and guest bathrooms are being kept. All the windows and doors, as well as all of the brass hardware, are being refinished.

The family is living in the house during the renovation, which has come with its own challenges both for them and their contractor, Stewart Schmidt of Renaissance Renovations. “He is great and has worked with us and developed a construction schedule to allow for this,” Taylor said, adding that the back portion of the house is being renovated first. When it’s completed, the family will move in there while the front portion is renovated.

Active Solutions is handling the home’s security systems, and Sandy Staub with Chrestia Staub Pierce is guiding the couple through décor decisions, including designing the kitchen and bathrooms.

“They can narrow in on choices I may not have thought of otherwise,” Taylor said, adding Patricia Daigle with Fairfax Fabric Co. is helping with fabric selection and pillows.

Some of the home’s color palette will come from a large-scale Amanda Talley painting. Purchased by Martin for his wife and hanging on the formal living room’s central wall, it features swirling brushstrokes of coral, blue and gray. Its persimmon hue will cover the library bar and dining room walls.

Other walls will be covered in wallpaper from Palm Orleans, including its Carnival Toile and Painterly Petersham Ribbon patterns. “To me, wallpaper is timeless and adds that perfect finishing touch to any room,” Taylor said. 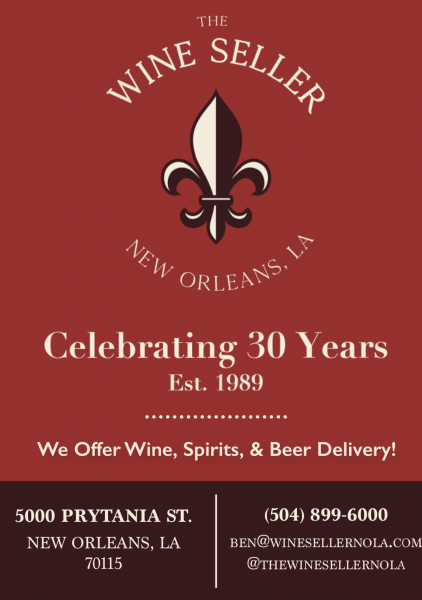 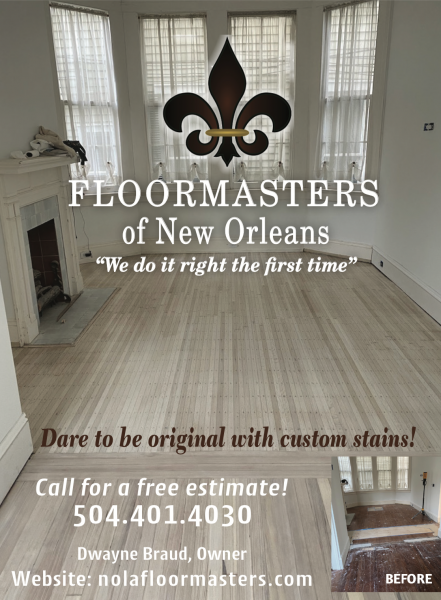