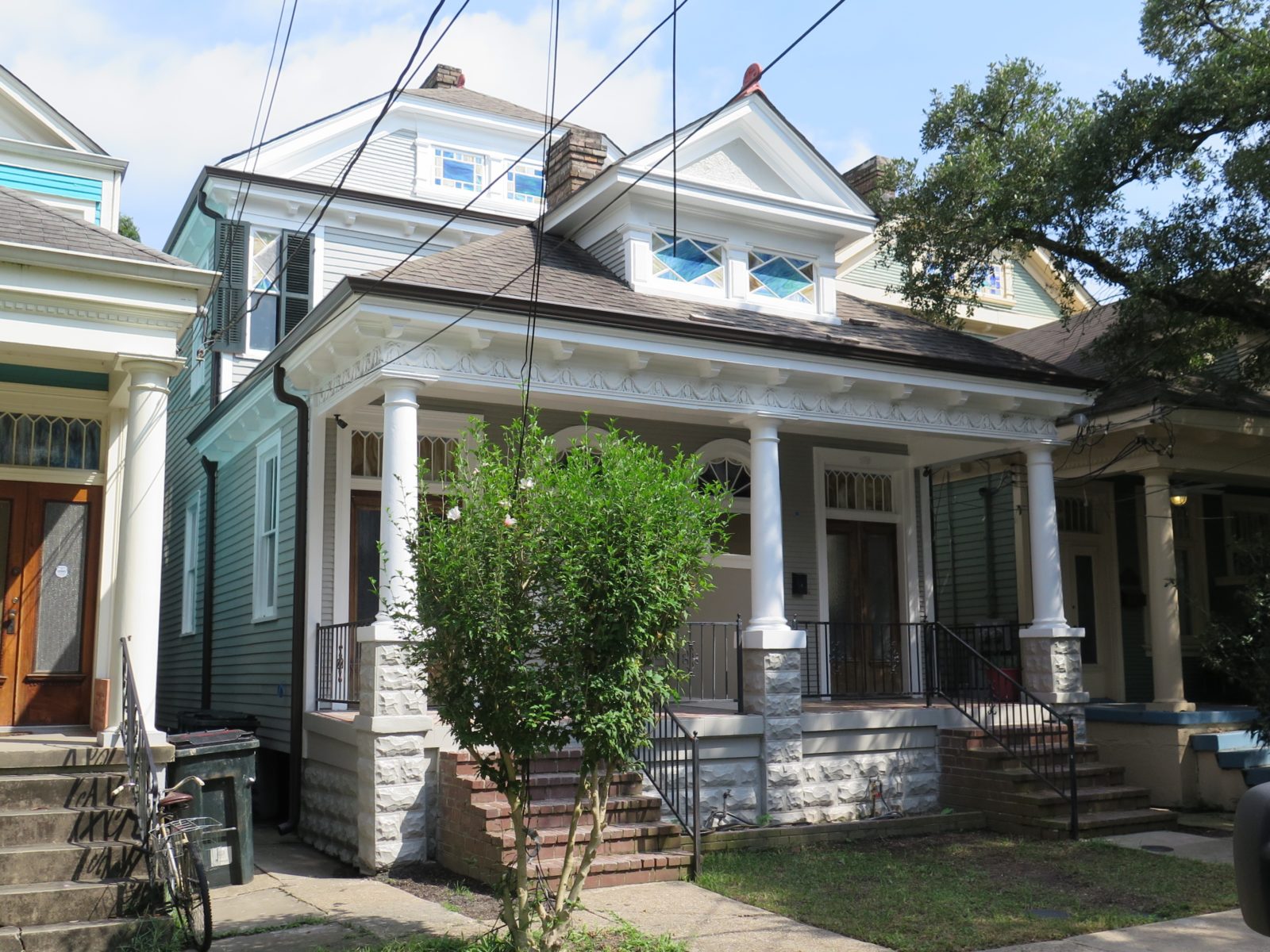 This story first appeared in the March issue of the PRC’s Preservation in Print magazine. Interested in getting more preservation stories like this delivered to your door each month? Become a member of the PRC for a subscription!

A perennial question for children is, ‘what do you want to do when you grow up?’ From an early age, Ryan Bordenave has known the answer to that question without waver: he wanted to work to revitalize the buildings he grew up seeing every day. “I have always had a connection to the great architecture of New Orleans,” he said. “I can remember looking at houses and having an interest in this work from as young as 12 years old.” While most kids that age are worrying about burgeoning teenage angst, Bordenave was busy falling for the houses of Mid-City and the City Park Triangle.

Years later, Bordenave has made a name for himself with a career that al­lows him to work towards the revitalization of his home city on many levels. During the day he works to bring new life to Canal Street in his job as Retail Attraction Specialist with the Downtown Development District. On the side, though, he renovates houses. He has completed many renovations; the latest is a 1912 Neo-Classical Revival-style double camelback shotgun in Mid-City.

“The style is prevalent on several Mid-City streets,” Bordenave said. “The builder replicated them, typically four or five in a row. Each has a distinct look, yet all come under the same vernacular.”

Bordenave became aware of the Neo-Classical shotgun at 124-126 S. Alex­ander after he and his cousin, Andre LeBeau, Sr., decided to restore a house in the area. They were motivated by the number of renovations that were going on in Mid-City, and by the opportunity to fully update a piece of New Orleans’ architectural history.

The two started looking and even touring a few houses in Mid-City. But it was a quick browse on Craigslist that led to the house’s discovery.

“I contacted the family and the email bounced back,” said Bordenave. “After researching the owner, we sent a letter expressing our interest in the property. Within two weeks, they contacted us and a tour was scheduled.” While the house was habitable, it had been poorly renovated with cheap, builder-grade materials. Before undertaking the project, Bordenave and LeBeau decided they needed to pay special attention in order to recreate orginal elements of the home that had since been lost.

“The good news was that the previous owner did a great job shoring and leveling the house,” Bordenave said. “Additionally, the electrical grid was re­built. So we focused on the physical appearance, upgrading the plumbing sys­tem, and adding central air and heat. We rebuilt all of the walls, repaired the floors, doors, trim, and installed upgraded kitchens and baths.”

With any renovation there is the money-pit fear brought on by extra costs, and other burdens associated with a historic property. But, Bordenave said, the worst bump was “when one of the brand new A/C condensers fell off of a lift while it was raised seven feet in the air.

“The metal cable on the lift snapped and the unit came crashing to the ground. Fortunately, the company where the lift came from covered the cost of replacing the condenser.”

Luckily, no one was hurt, but the project was delayed a month as a result of the incident.

Once back on track, Bordenave and LeBeau resumed meticulously recap­turing original elements — even the bedroom closets. The closet’s casing, plinth blocks, and rosette blocks were fashioned by Quality Woodcraft to look identical to the 106-year-old woodwork.

“Saul Varela did an excellent job building closets for the bedrooms,” said Bor­denave. “He tied it all together with picture molding and a custom paint job.”

Other details include gas lanterns installed at the front of the house; com­pletely restored doors; and plaster archways, corbels and ceiling medallions repaired to original specifications.

Additionally, all 14 original stained glass windows were either repaired or restored. New milk-wash glass was used to replace panels that were missing or replaced with clear glass. The work was done by Lizano’s Glass Haus and Carol Flannery.

Two years after they began, the renovation is now complete. “The house is incredible,” Bordenave said. “It is open and bright inside. From the exterior to the interior, this place was given a thorough makeover. This renovation has given this old place another 50 years of life.”

As a home is never actually finished, Bordenave and LeBeau’s next plan is to tackle the front yard landscaping, as soon as the weather warms up. And later, they may convert the lower attic into a man cave.

For his next project, Bordenave is waiting for a property to become available on his favorite street — Allard Boulevard off City Park Avenue.

Image Gallery: Before & During Renovation