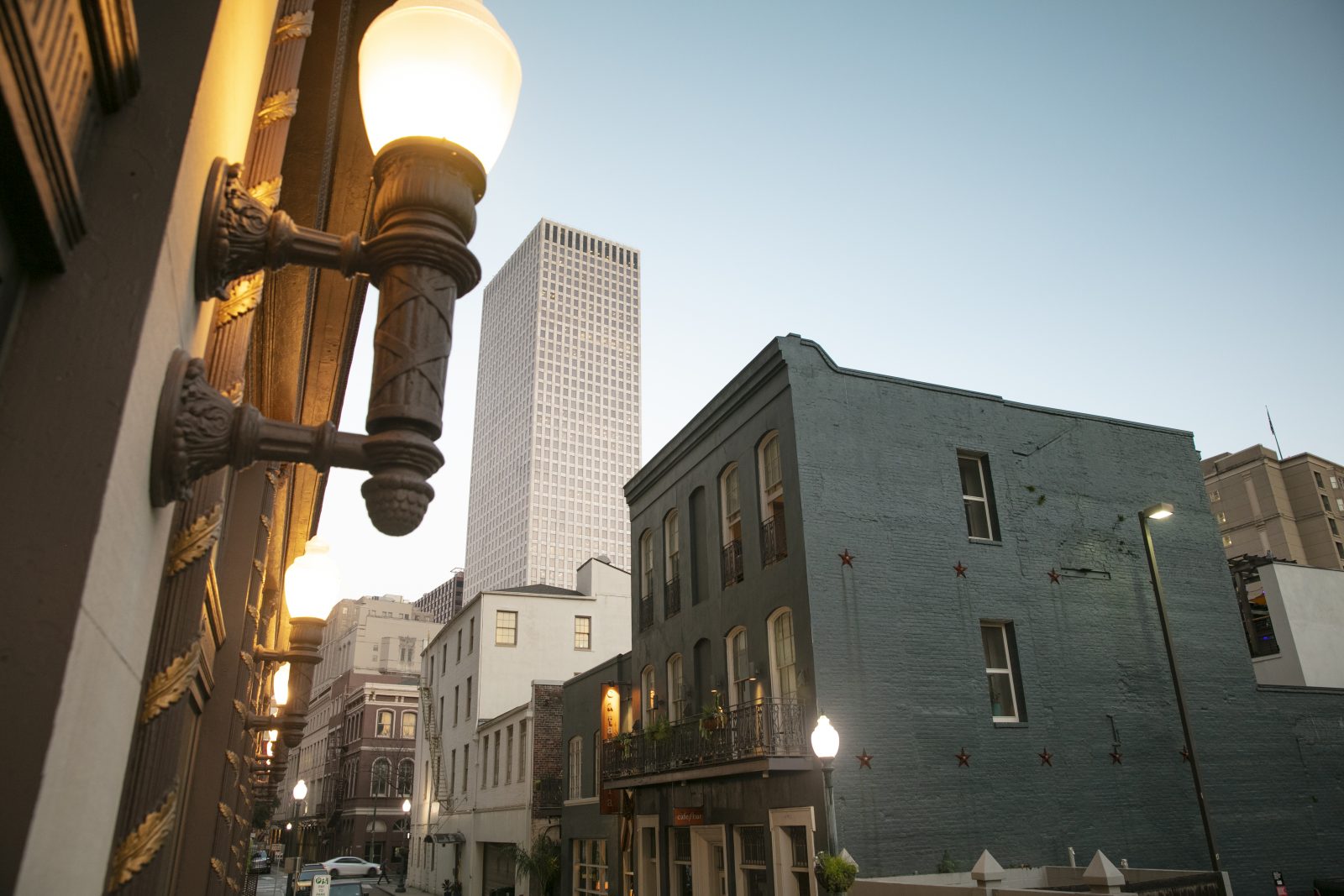 Join the Preservation Resource Center for a free six-part virtual series exploring the influence of historic architects and builders on modern New Orleans. “Building New Orleans Then and Now: Dialogues on the Past and Future of Crescent City Architecture” will  feature discussions with contemporary designers about the lessons and inspiration they draw from old buildings and the people who made them.

We’ll discover how some of today’s leading local architects approach adaptive reuse and new construction in historic districts. Along the way, we’ll meet some of their predecessors who left an indelible mark on New Orleans. The series culminates in a round table conversation about what our city has to offer the world of design.

Hosted via Zoom and free to the public, this series will be moderated by PRC Policy Research Director and Advocacy Coordinator Nathan Lott. It was organized by Lott and Laurel M. Fay, a PRC intern and Tulane Master of Preservation Studies student. 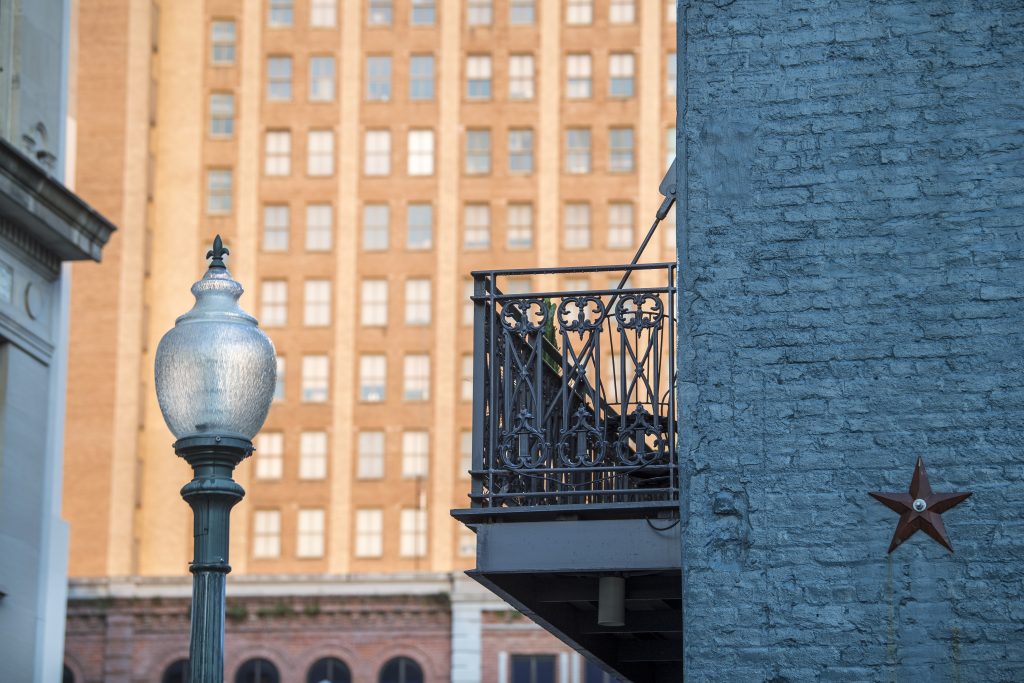 Although he was one of the most influential and well-known historical architects — perhaps even the first “starchitect” — few realize that H.H. Richardson was born and raised in Louisiana. From his family home on Julia Row to the École des Beaux Arts in Paris and beyond, Richardson changed the world of architecture and started a chain of mentorships for new generations of design stars, such as Louis Sullivan and later Frank Lloyd Wright.

Though H.H. Richardson’s portfolio spanned the country, his only design in Louisiana is the posthumously built Patrick F. Taylor Library at the Ogden Museum of Southern Art in New Orleans. Local preservationist and architect Alec Adamick, who previously worked for the firm H.H. Richardson founded in Boston, will present Richardson’s story and discuss Richardson’s continued influence in the city he once called home. Learn more & register.

New Orleans is a cultural phenomenon, a blend of Afro-Creole, Caribbean, French, Spanish, Italian, German, Vietnamese and many other influences. Naturally, a distinctive architectural style emerged from this dynamic melting pot, but how does Creole Romanticism translate to contemporary design? Steven Bingler, founder and chief operating officer of Concordia, will investigate the answer to this question. This program is part of both PRC’s Building New Orleans Then and Now series. Free. Learn more & register.

History and hospitality: Businesses Built on a Sense of Place

Lodging and restaurants have been part of New Orleans urban fabric for centuries. As leisure travel became accessible to a wider population in the 20th century, people flocked to New Orleans for its unique architecture and culture. And they keep coming, increasingly interested in not just viewing historic buildings but experiencing them. Architect John Campo has helped dozens of clients leverage hospitality demand to renovate historic buildings with historic rehabilitation tax credits. In this program, we will examine how New Orleans pioneered adaptive reuse for hospitality and explore the unique challenge of merging new amenities into historic settings. This program is part of PRC’s Building New Orleans Then and Now series. Free. Learn more & register.

Contemporary on the Inside: Marrying Old and New

What does it take to read a historic building? Jennie Cannon West, of Studio West Design, specializes in the preservation of the architectural fabric of historic interiors. Bringing together historic architecture and contemporary design is a special kind of art — one best practiced in New Orleans. This program is part of both PRC’s Building New Orleans Then and Now series and its Maintain Right multimedia program. Free. Learn more & register.

Behind the Parapet: Rain, Shine and Roof Design through Time

If sound roof design is derived from simply keeping the water moving and moving away from the building, why does the struggle persist? Rain has always been a constant in New Orleans, and can lead to leakage, vegetation growth and structural issues. But this isn’t a new problem; traces of the struggle can be seen as early as the 1800s in Malcolm Heard’s French Quarter Manual. From quintessential 19th-century colonial architecture to buildings as modern as the Superdome, designers have grappled with strategies of mitigation. Andrew Liles of AM Liles Architect, and a faculty member of the Tulane School of Architecture, parses the topic. This program is part of both PRC’s Building New Orleans Then and Now series and its Maintain Right multimedia program. Free. Learn more & register.

New Orleans Design: What Does Our City Offer the Worlds of Architecture and Design?

Join this conversation on the contributions New Orleans-based designers can make to the changing fields of architecture and design. We’ll tackle questions such as: Is there a New Orleans style? What does it mean to practice in New Orleans today? And what unique approaches do local firms offer the field? This program is part of PRC’s Building New Orleans Then and Now series. Free. Learn more & register.