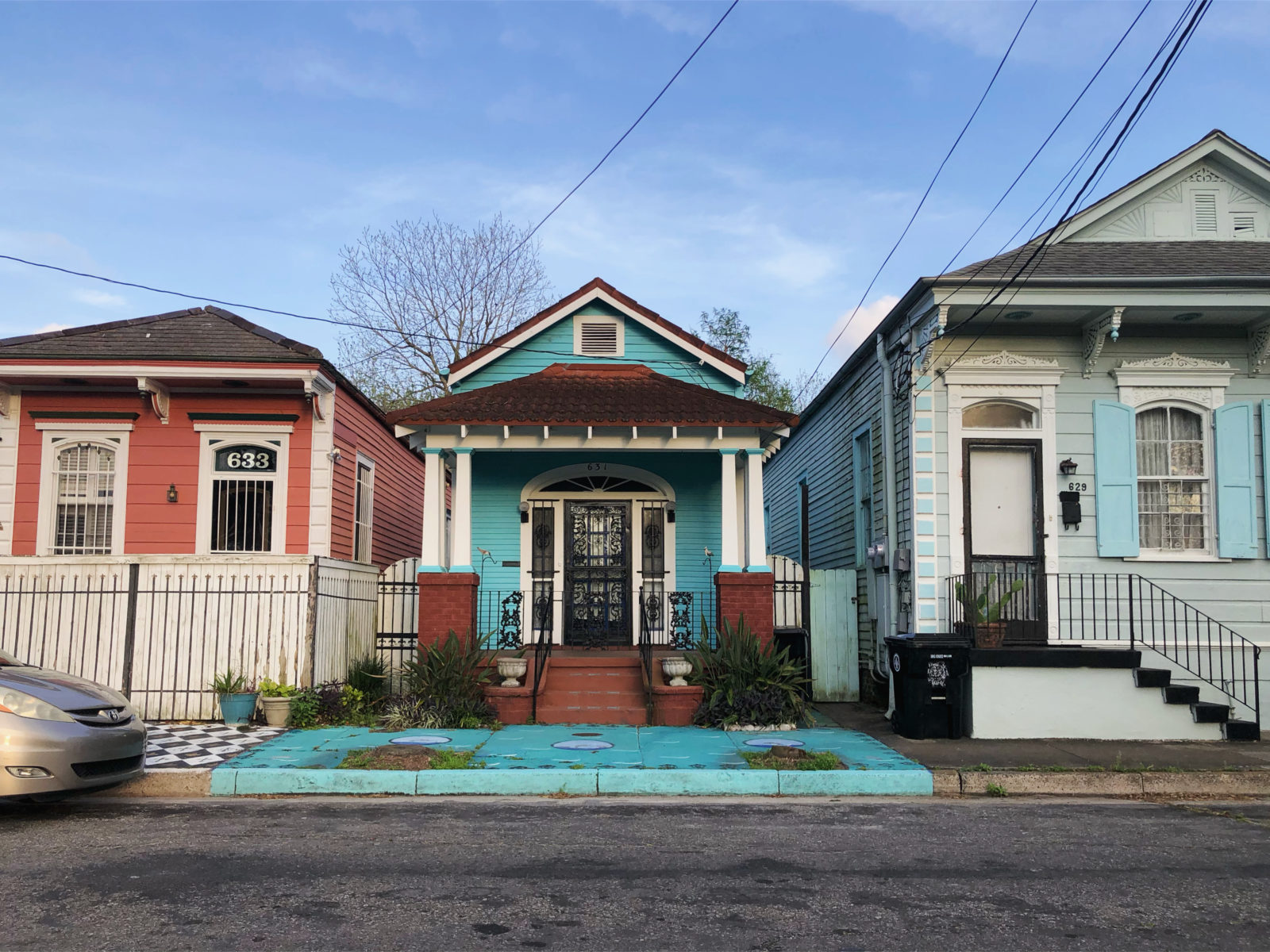 To get ready for the series, brush up on your knowledge of New Orleans’ beloved shotgun houses.

Long and skinny: Shotguns are easily recognizable by their elongated shape. Typically the houses are three to six times longer than wide.

Don’t blame the tax man: An often-repeated myth is that shotgun houses were designed in response to a New Orleans real estate tax based on frontage rather than square footage, so long, skinny houses would be taxed less. But architect and architectural historian Robert Cangelosi Jr. points out the obvious problem with that theory: “There was never a property tax on street frontage, façade building height, closets, doors or stairs in New Orleans,” he wrote in Preservation in Print magazine.

The Haitian connection: The shotgun house type may have roots in West African dwellings, such as the bohío and caney houses brought to Haiti, where they are called kay or caille houses. There are also claims that the word “shotgun” may have been an anglicization of “to-gun,” a West African word from the Fon language meaning “place of assembly.” Both the African and Haitian houses mentioned are very small, only one or two rooms deep, Cangelosi wrote.

Variety, the spice of life: New Orleans shotguns come in many styles. Historic neighborhoods throughout the city feature shotgun houses with Italianate, Eastlake, Arts and Crafts and other details.

What’s in a name? Popular lore credits the term “shotgun” to the notion that a person could fire a gun through the front door, and the birdshot would travel through the house without hitting a wall, in reference to a shotgun’s hallway-less design.

Put it in print: According to Cangelosi, the term first appeared in the press in an April 15, 1917 newspaper article that said: “There are hundreds of what is locally known as ‘shotgun houses’ in New Orleans. They are called shotgun houses because you can stand in the front door and shoot the dinner off the stove in the kitchen.”

Humble beginnings: The earliest local shotgun houses date to the 1830s. “In the French tradition, they were constructed without halls, one room wide and three to five rooms deep, and can be found as either singles or doubles,” Cangelosi wrote. 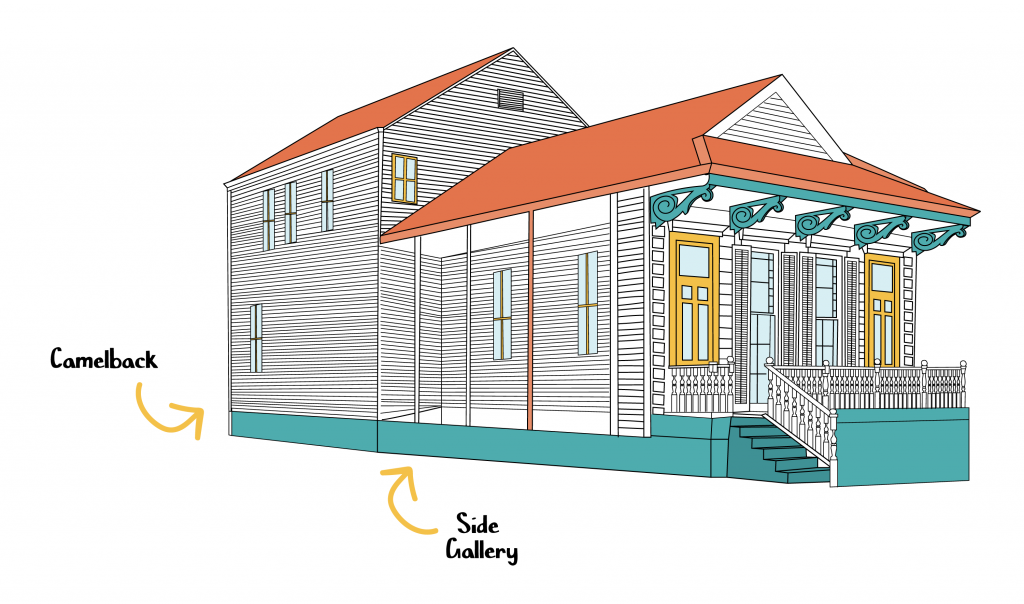 Beyond the Crescent City: After New Orleans, Louisville, Ky., has the largest collection of shotgun houses, Cangelosi wrote.

Falling out of vogue: By the early 20th century, New Orleanians wanted more privacy in their homes, something hard to come by in a traditional shotgun house with no hallways. Also “new technologies such as mechanized kitchens, indoor plumbing, air conditioning, automobiles and municipal drainage, helped inform new philosophies about residential space,” wrote Tulane University geographer Richard Campanella in Preservation in Print magazine. “Professional home builders responded accordingly, some by adding hallways or ells or side entrances to the shotgun, others by morphing it into the “bungalow” form, inspired by designs coming out of California. House-buyers came to disdain the original shotgun, and it faded from new construction during the 1910s and 1920s.”

This Sunday, July 5, kicks off the Preservation Resource Center’s “Shotgun Sundays” series when Katrina Horning, head guide and founder of New Orleans Architecture Tours, gives an introduction to the shotgun house. Tune in at 4 p.m. to join the free virtual tour through New Orleans neighborhoods as she re-introduces us to the shotgun house’s unique history, styles and forms. Learn more and RSVP to join the virtual tour and discussion.

The Shotgun House Tour is presented by Entablature Design+Build and Entablature Realty. Join us every Sunday at 4 p.m. in July and August to take a guided virtual tour through a different house, learn about the history and use of space and participate in a Q&A with the homeowners, contractors and designers who make the space come alive.

While it’s free to view this program, the virtual Shotgun House Tour is a crucial fundraiser for the nonprofit Preservation Resource Center, whose spring events were cancelled due to the COVID 19 pandemic. With a suggested donation of $25 to participate, this event will help PRC continue its work protecting New Orleans’ historic architecture, neighborhoods and cultural identity.